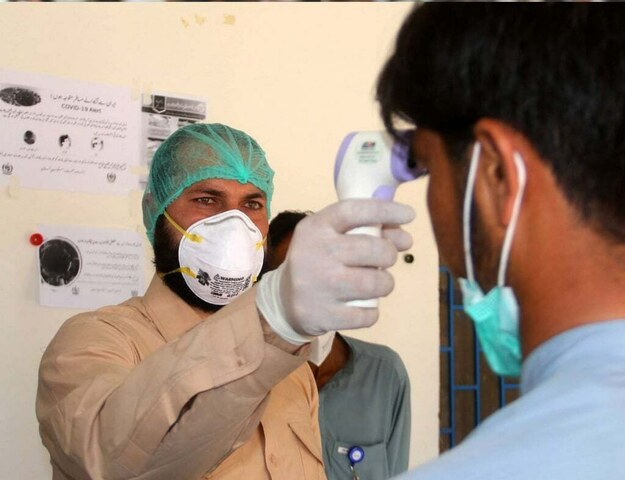 It was a nightmare that haunts many of us to this day. The Covid pandemic that swept the country and whose deadly blows caught many of our friends and relatives. This death wave spread across the country and did not select its victims according to caste or social class.

The beggar who lived on the streets was vulnerable, as were the rich and famous who lived in palatial bungalows. Our entire lifestyle has changed. Weddings, which the local government had tried to limit to certain hours, automatically shortened not only the times, but also the number of events and the number of people invited.

If someone had told me before the pandemic that a wedding in Karachi, and also that of the affluent in society, could be capped at 100 or 200 people and would end soon enough for the attendees to watch their daily episode of a soap opera, they would have pursuing me would have laughed at such an assumption.

More tragic and painful was the fear that attending the funeral of a close friend and relative who had died from Covid was not advisable given the high chances of contracting the disease yourself. It was heartbreaking to say the least, sitting at home powerless to do whatever your heart desired and say a silent prayer for the deceased.

As we speak, the Covid pandemic has claimed the lives of more than 30,000 people, including some very prominent members of our society, including parliamentarians past and present.

On the same day, Syed Fazal Agha, a member of the provincial legislature in Balochistan, died in a hospital in Karachi. He was also a former provincial governor of Balochistan. Dost Mohammad Faizi, a prominent figure from politics and society, also died in the pandemic. The disease did not discriminate and spread relentlessly across the country until its tide was stemmed by the discovery of vaccines that brought some relief to terror-stricken people.

The main savior during this whole nightmare was the face mask. No statistics are available, but I’m sure that little piece of cloth and gauze helped save countless lives. It is interesting to note that while the pandemic was coming out of China, so was the mask, and it was Chinese physician Wu Liande during the late Qing Dynasty (1644-1911) who invented a face mask made of two layers of gauze called “Wus mask” in response to a plague that was spreading through northeastern China during this period.

It was also customary for the emperor’s servants to cover their faces with masks made of silk and gold thread. During the spread of the Spanish flu, mask-wearing was mandatory in the US Army, and as one Red Cross volunteer put it, “The man, woman or child who is not wearing a mask now is a dangerous slacker.” While mask-wearing was widely accepted, anti-maskers were popping up in US pockets across the country.

An anti-mask coalition was even formed in San Francisco. To crack down on these groups, police imposed harsh fines and jail terms on those caught without a mask. The situation was similar in Pakistan. Some people resisted wearing masks and were not allowed to enter banks, restaurants and other public places.

During the pandemic in Pakistan, there has been a rush to cash in on the disease. This led to a shortage of masks that became so acute that health workers took to social media to ask for help and citizens hoarded supplies, driving prices up by as much as 2,000 percent. Many textile factories in Faisalabad, Lahore and Karachi switched entirely to making masks for local supply and export. In the textile factories in Faisalabad alone, an average of 500,000 to 600,000 masks are produced every day.

Businesses also benefited in other ways. Suddenly the entire working atmosphere changed. The concept of “working from home”, unfamiliar to most companies and employees, became routine. This led to investments in new equipment and it is not wrong to say that despite its tragic outcome, Covid has catapulted the country into the 21st century.

They say ‘It’s not over until it’s over’, which is also true of Covid. It still lingers in the shadows; Although the excitement has died down and become less prominent in the media, there are still cases that raise their heads and warn us not to let down our vigilance. Now armed with vaccines, boosted by secondary vaccinations, we seem well prepared, but our opponent is a tricky character who comes back by reinventing himself every time. Don’t slack off your guard. Prevention is always better than cure.