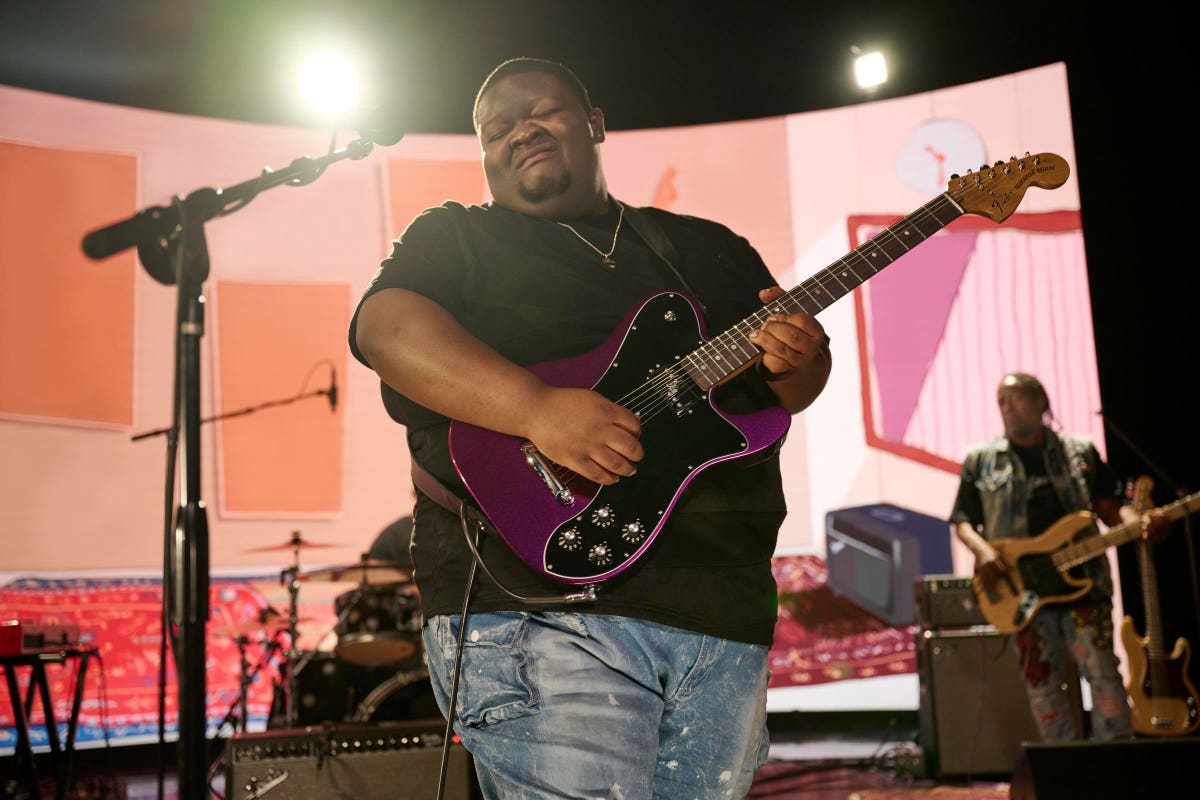 Out and about with blues musician Christone “Kingfish” Ingram

Twenty-two-year-old Grammy-nominated artist, Christone “Kingfish” Ingram, known as the defining blues voice of his generation, is on the rise. Kingfish rose to prominence in 2019 when he released his debut album of the same name kingfish on Alligator Records. He was 19 years old. Since then, Kingfish has helmed two national tours from his hometown of Clarksdale, Mississippi to stages around the world and has performed with the likes of Buddy Guy. He was further interviewed by Sir Elton John rocket hour, released a duet with Bootsy Collins and recently performed for the Rolling Stones in London. He has been nominated for a total of nine Blues Music Awards and has won them all.

I first heard Kingfish live in 2013 at Red’s Juke Joint in Clarksdale, Mississippi, one of the last authentic juke joints in the South. Kingfish was just 14 years old and already brimming with talent. In 2019 I interviewed him about his first album, kingfish, for which he toured for 13 months until COVID halted all live performances. Forced off the road, Kingfish returned to Clarksdale and wrote songs for his next album. 662. (662 is the Clarksdale area code). Now this young blues giant is back on the road for his 662 Juke Joint Live Tour. I met him in London.

Who are your guitar heroes past and present?

From the acoustic blues guys like Son House, Robert Johnson, Johnny Shines, Robert Nighthawk, Albert King, Freddie King, BB King, Muddy Waters to guys like Prince Gary Moore, Hendrix, some of the unsung guys like Eddie Hazel – like that quite a plethora of different hearts.

It is rumored that you will be the face of the next blues generation. How does this sound differ from those of the former giants?

Well, for one, I was influenced by their music. Their works were innovative. All the guys I mentioned brought something new to the blues, and I feel like in a way I do. I’m bringing a new sound in, like an R&B flavor, a little rock flavor, you know, from my side I feel like I’ve got that new sound for sure.

When did you start singing and writing songs? Songwriting started around the age of 13. Before that I had written songs, but at the age of 13 I finally wrote songs that I had faith in. That was the age when I really started to get into it. And when I started working with different songwriters like Tom Hambridge and Keb Mo, I finally started to learn the technique of song building.

Who are your singer-songwriter heroes?

There are the R&B legends like Baby Face, James Taylor, Curtis Mayfield, Prince. These are some of my favorite authors, even Hendrix.

How do you manage to play the blues the way it’s always been played, while still incorporating a sound that Gen Xers prefer?

I’m from Clarksdale, Mississippi, so having that foundation is a plus because being young allows me to blend both worlds in my own way.

This tour takes you from the UK to the Netherlands, through 16 states to Germany and back to the UK before joining the Legendary Rhythm and Blues Cruise in San Diego this October. Is all this touring exhausting for you?

it can be sometimes but at the same time it’s all worth it when you play the shows and see all the people; But every time you travel from city to city and state to state or region to region, it definitely gets difficult and hectic.

Do you ever have the opportunity to spend time as a tourist and in these different places?

Certainly. It depends on how much time we have. Recently we were in Rome and before the show we spent the whole day touring the city: the Colosseum, the Vatican, everything. It was wonderful.

So traveling to these other cultures changed your life in some way.

Certainly. It’s really cool to see something in her authentic self. Like enjoying authentic Italian food and seeing all the great architecture and just wondering how they build things and meeting new people.

Do you find that different cultures react differently to your songs?

Certainly. Some of the viewers here in the UK really let you know that they really care about something, that they really enjoyed it. In some places they are more reserved and show you their appreciation after the song is done.

So you don’t take it personally and wonder when they are really quiet instead of reacting?

No, the younger I would have been, but I realize that people react differently, plus there are language barriers.

And you’re touring in London right now. Is it strange coming to this bustling metropolis of London from your small-town Clarksdale roots?

How do you feel about the crowd at your shows?

The crowds are wonderful. Some European viewers are more reserved, but here in the UK they let you know they love it throughout the show.

Are people shocked to see such a young musician with an old soul playing the blues?

I would say someone who is authentic with that, probably yes, because there have been so many kids before me, but they question some of the authenticity. So I think people are finally seeing it in its true form and being fascinated by it.

I understand you now have a new Fender signature guitar coming out today. Congratulations. It’s called the Kingfish Telecaster ® deluxe Why Fenders?

Fender’s has a long history with bluesmen. Even BB King played Fenders early in his career. And a lot of people like Hendrix and Prince played Fenders.

Does the guitar have a color?

What is the difference between your fender and the fenders currently on the market?

My Fender has a louder, more boomy sound due to the way I had them wire the pickups as opposed to the ones that come out of the rack and have that standard finger sound. Mine has other specifications that make it unique.

And what distinguishes this guitar from a classic American Stratocaster or Telecaster Fender?

Mine has a more rocking and edgy sound. It’s animal, I like to say. Even the pickups play a big part in getting that big sound. So, customized pickups,

[As I don’t play guitar, I requested a demo of the Kingfish Telecaster ® Deluxe and asked the house band of Big Ed’s World Famous Blues Jam at NYC’s Red Lion to try it out. Bandleader Big Ed Sullivan and guitarist V.D King said “it plays great,” “it’s powerful, versatile, easy to bend, and plays easy,” and “love the frets, and great color.” Arthur Neilson, who plays bass for the house band but guitar for blues singer, Shemekia Copeland, said, “The V-shaped neck is very comfortable. The pickups, although humbuckers, have a ‘single coil’ type tone, but they really fatten up when you add distortion, without losing clarity; and the separate volume and tone pots for each pickup allows for a wide variety of tones when both pickups are engaged.”]

I know you are on tour with your second album right now. But are you working on new song ideas for your next album?

Always, the plan is when I’m done with this tour, we’ll go home and go into the studio with other writers and more people to make more music. It’s funny after recording 662 We went back into the studio and recorded more. I always have music in the works.

So are you recording in Clarksdale?

No, we’re going back to Nashville or maybe Atlanta. You never know.

Do you have a theme for your next album?

Honestly not, but I have a different strategy and plan for the music. More soul based and R&B stuff for the blues. I have to show the voice.

Do you prefer going back to the old classic standard blues or adding your elements of R&B, soul and rock – what’s your favorite way to play?

All of it. Because I’m from Clarksdale, Mississippi, that’s the basis for the old standard stuff, but also for being young and understanding stuff and youth and putting some of that into my music. I feel like it’s good to have one foot forward and one foot in the past.

Where do you think you will be in 10 years?

What do you wish for your legacy?