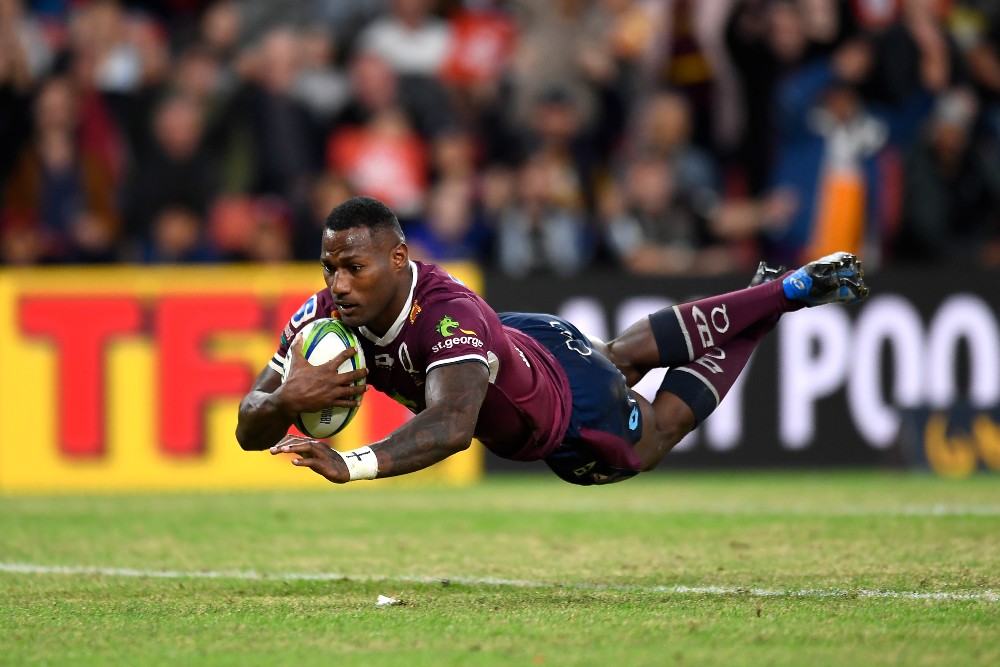 Lote Tuqiri says his colleague and paralyzed winger Suliasi still owes Vunivalu Rugby Rugby and that the World Cup carrot should be enough to prevent a return to rugby league.

The Queensland Reds talent has not played this season and has been limited to just seven games in 2021 thanks to repeated hamstring injuries that required two surgeries.

However, the Melbourne Storm Premiership winner managed five tries in those appearances and could feature in the test calculations with a forthcoming return later this year ahead of the 2023 World Cup in France.

However, Vunivalu are unsigned beyond this season, including new NRL franchise, the Dolphins, and coach Wayne Bennett.

A strong return from injury in the coming weeks would give Rugby Australia the confidence to back the recruit with another deal.

A stellar World Cup campaign next year could then attract a big cash offer from a European or Japanese club that would secure its long-term financial future.

Retired Dual Code star Tuqiri said he feels for Vunivalu but there are at least two good reasons to stay with Ballymore.

“He had some bad luck, real bad luck,” he said.

He’s a top liner; You want to see him out there and he’ll want to show what he’s capable of before making his next decision.

TOTW: Frost, Kuenzle turn out to be game winners

“And he probably owes the Reds and RA as he hasn’t done all that much yet.

“(The World Cup) is massive, that’s one of the reasons I switched codes… and two of the best experiences I’ve had were here in 2003 and in France in 2007; I still remember all those games vividly.

“You want to tick every box before you make those decisions (about your future) and if that’s me, I want to go to a World Cup and he possibly can. It’s a big bait.”