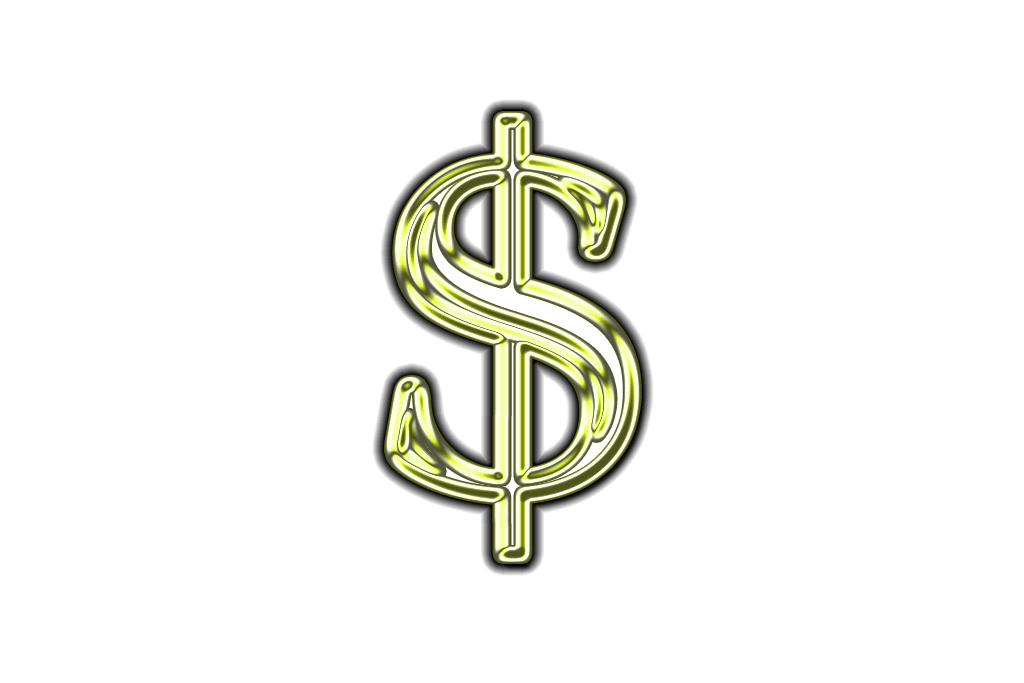 “Robbery” loans to buy pets can have an interest rate of 189%, despite state laws

An Iowa couple who unknowingly bought a critically ill dog on a loan with a 189% interest rate now want lawmakers to protect consumers from a similar experience.

Jeff and Jennifer Bowman, whose story was first reported by The Washington Post, bought a 12-week-old English Bulldog at a Petland store in Iowa City three years ago.

The pup, which they later named Zeke, was priced at $4,400. “They told us the price and I almost fell on the floor,” Jennifer Bowman recalled. The couple hadn’t planned on spending anywhere near that much money on a new dog, but with Zeke, she said, it was “love at first sight.”

“They put us in a little room where we could sit with Zeke and he could walk around and we just fell in love with him,” Jeff Bowman said.

Adding in taxes, a $300 “homecoming care kit” and an Iowa Hawkeyes dog collar, Bowman’s Petland owed a total of $5,001.07. The couple deposited $500 and signed papers with the help of Petland’s staff, who funded the remainder of the purchase through two separate loans — one for $1,500 and one for $3,000.

A Petland employee warned the couple about the interest they could face if they didn’t pay off the $1,500 loan within 90 days.

“They said, ‘Try to pay this off because after a certain point, the interest rate is going to go up,'” recalled Jeff Bowman. “But we didn’t know how much it would go up.”

Although interest rates in Iowa are capped at 36%, the Bowmans later discovered that the $1,500 12-month loan, which was provided through a company called EasyPay, provided that if they did not repay the loan within 90 days, an interest rate of 188.98% would be applied to the loan.

The loan documents, which include a federally-mandated Truth in Lending Act disclosure statement, clearly spell out the exact terms of the deal – which show the Bowmans would have to pay $1,827 in financing costs to borrow $1,500, giving a total repayment of equals $3,327. EasyPay automatically deducts $128 from the couple’s bank account every two weeks.

But that disclosure statement was one of several documents presented to the Bowmans that day, and the couple focused more on Zeke than the terms of the loan. Little did they know that Zeke had serious health issues that would result in multiple, costly trips to the vet that would affect her ability to repay the loan.

The higher interest rate was made possible by EasyPay processing the loan through Utah-based Transportation Alliance Bank. It’s a process animal welfare and consumer advocates call “rent-a-bank” and allows finance companies like EasyPay to route loans through overseas, state-regulated banks that don’t have to adhere to interest rate caps set by states.

The National Consumer Law Center says these “predatory” practices have led to hundreds of complaints.

— A New Jersey consumer who bought a cocker spaniel and had to pay 152% interest, which was five times the New Jersey legal limit of 30%.

– A Florida consumer who said he suffered credit damage after buying a puppy that immediately became ill and eventually died. “I only borrowed $2,200… I owe my credit report $5,500 on interest,” the consumer complained.

– Another Florida consumer bought a Shih Tzu puppy who died after the family incurred $1,280 in vet bills. After the puppy died, a debt collector kept calling to collect the loan.

Last year, Congress passed a resolution repealing a Trump-era rule enacted by the Office of the Comptroller of the Currency that facilitated such loans.

“In many states, these lenders are held in check by caps on how much interest they can charge,” President Joe Biden said at the signing of the resolution. “But some loan sharks and online lenders have figured out how to circumvent those limits… by partnering with a bank to circumvent the state cap and charging outrageous interest rates — some as high as 100 percent, which is amazing.” … The final administration let it happen, but we will not do it.”

A coalition of consumer groups including Public Citizen, the Public Interest Research Group and the Consumer Federation of America have petitioned the FDIC, which regulates banks. The groups are urging the agency to stop the practice of banks serving as “fronts” for companies they view as predatory lenders.

Earlier this year, they wrote to the FDIC, stating, “FDIC-regulated banks help predatory lenders make loans at up to 225% APR that are illegal in almost every state … Rent-a-bank programs have in the History at FDIC banks has been thriving for a few years, and it’s about time that ended.”

The Bowmans say the financial impact of the loans has been significant for Zeke. “We almost lost our house,” said Jennifer Bowman.

As difficult as that was, it paled in comparison to the emotional and financial struggles that Zeke’s health issues posed to the couple.

“Just a few days after we brought him home, he started bleeding from his bottom,” said Jennifer Bowman. A battery of diagnostic tests would eventually reveal that Zeke was suffering from Giardia, an intestinal infection caused by a microscopic parasite. Additional testing by a specialist showed that Zeke had an abnormal kidney and would probably not make it to the age of 5.

“It was awful,” said Jennifer Bowman. “I used to take him to puppy training classes but he couldn’t play too long or he would get exhausted. It was so hard to watch because he was so full of life and wanting to play. He was the best dog – just so happy.”

In February 2021, Zeke died of kidney failure at the age of 20 months. The veterinary notes describe a range of physical problems, including a history of allergic skin conditions, gastrointestinal disorders and respiratory problems. A vet later explained that Zeke’s death was a direct result of his “prior genetic and breeding history.”

The breeder has a history of violations

Zeke’s American Canine Association records show that he was born at Twin Birch Kennels, a kennel run by Lavern and Marietta Nolt of Charles City. According to U.S. Department of Agriculture records, the kennel has a number of regulatory issues.

The kennel’s most recent USDA inspection in June found multiple violations, including a failure to provide adequate veterinary care to four English bulldog puppies with weak hind legs and a failure to maintain proper identification and veterinary records.

In February, similar problems were identified by a USDA inspector who reported that several dogs at Twin Birch were not receiving adequate care, including a bulldog with a “large red growth” that covered a third of her right eye. “The dog was not examined by a veterinarian,” the inspector reported, and the kennel had no plans to have the condition diagnosed or treated.

Petland officials reimbursed the Bowmans for the full purchase price paid by Zeke, minus financing costs and some of the couple’s vet bills. After Zeke died, the Bowmans stopped paying the second of the two loans they received through Petland. To this day, Jennifer Bowman said, they continue to receive calls from a collection agency and their credit has taken a hit.

Federal legislation has stalled in Congress

A bill was introduced in Congress in 2019 and 2021 to create a permanent, national solution to the “rent-a-bank” problem by establishing a 36% interest rate cap that would apply to all lenders. However, this proposal has met with fierce opposition from the financial industry and has yet to be approved by Congress.

As federal action has stalled, some states have taken action. Illinois has banned high-interest lending, and California now bans online pet stores — regardless of their physical location — from assisting in funded purchases of dogs, cats, or rabbits.

As for EasyPay, the company acknowledges that its interest rates can be as high as 199%, but says it makes financing an option for people who wouldn’t even qualify for a loan otherwise.

“Many Americans are being left behind by the traditional banking and credit system,” the company told the Washington Post. “EasyPay facilitates financing options to ensure these consumers have a trusted and secure choice to access otherwise unavailable credit for urgent needs and discretionary needs.”

Elizabeth Kunzelman, vice president of Legislative and Public Affairs at Petland, said the Bowmans were “fully reimbursed” for Zeke’s purchase, and the store “went beyond the guarantee and even went back to the breeder to make sure the father.” and the mother were fine”. not bred again,” and then the store stopped buying from that breeder.

“The store decided to stop using EasyPay in February 2021, prior to the updated consumer credit policy, as it was not happy with the company’s terms,” ​​added Kunzelman.

As for the Bowmans, they now have a new dog — one from a friend, not a dealer — but they still want others to know about Zeke and the financial and veterinary risks involved with puppy mills and funding associated with pets.

“We contacted the Better Business Bureau, the US Department of Agriculture, the Attorney’s Office — just so many people,” said Jennifer Bowman. “We tried to get Zeke’s story out there so another family wouldn’t go through what we went through.”

This story first appeared in the Iowa Capital Dispatch, a sibling edition of the Georgia Recorder States Newsroom.

Georgia Recorder is part of States Newsroom, a network of news outlets supported by grants and a coalition of donors as a 501c(3) public charity. Georgia Recorder maintains editorial independence. If you have any questions, contact the editor, John McCosh: [email protected] Follow Georgia Recorder on Facebook and Twitter.