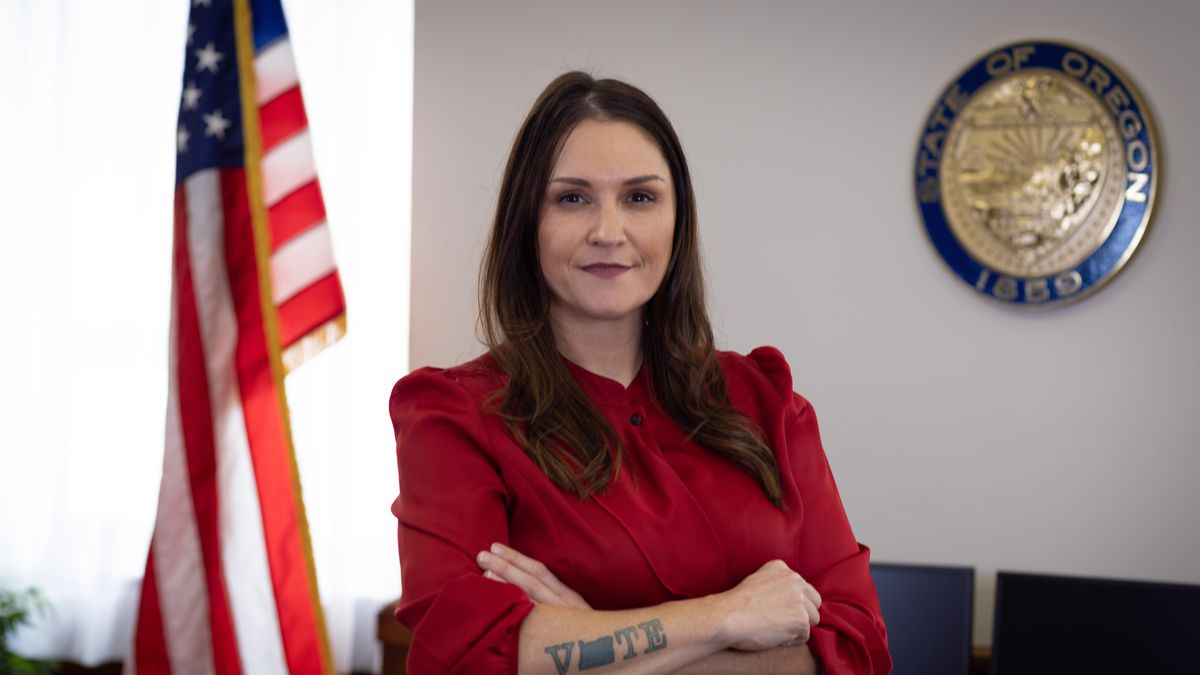 Oregon Sec. of State Shemia Fagan wants Oregon citizens to know that their voting process is safe and transparent

Thousands of Clackamas County ballots from the May 17 primary had to be reprocessed because misprinted barcodes rendered them unreadable by tabulation machines. According to the district administrator, the counting of votes will continue until mid-June. The debacle fueled conspiracy theories and created confusion in the race for the 5th congressional district, which the Associated Press finally called 10 days after the election. Oregon Secretary of State Shemia Fagan spoke with Dave Miller at Think Out Loud about the situation in Clackamas County and how Oregon can avoid such problems in the future.

David Miller: They have established some specific benchmarks for Clackamas County that must be met in order for election results to be confirmed or completed by the June 13 certification date. Will they meet this deadline?

Shemi Fagan: It looks like. In fact, we’ve been told by Clackamas County and from what they have on their public website that we do expect it. They should finish their count today. And I want to take a moment to say thank you to all of the county and state campaign workers and volunteers who really went out of their way to get this work done.

On the Saturday of Memorial Day weekend alone, there were 146 people at the voting office doing just that work. I think the focus was rightly on the clerk and failure in planning. I don’t want to miss the opportunity and the fact of simply celebrating the Oregonians who stood up when they were needed. It’s really because of them that Clackamas is on track to confirm that election about two weeks before the June 13 legal deadline.

David Miller: Two weeks ago, or a week and a half ago, it wasn’t clear if the district would meet that deadline. What would have happened if they had missed the upcoming deadline?

Shemi Fagan: Every voter in Oregon has the right to have their vote counted, and that’s enshrined in the state constitution. If they weren’t done, we expect them again, but hypothetically, if they weren’t done by June 13, I would have used my authority as Secretary of State to order them to continue counting until all votes were counted. If I had to go and essentially get a court order to enforce that, I would have, because the important thing here, the North Star here, is that every vote is counted and every vote is heard.

David Miller: What should have happened once the ballots were found to be unreadable, or at least tens of thousands of them were?

Shemi Fagan: We first heard about this on May 3rd. And within 24 hours I reached out and offered help. The county’s most pressing need from me was to help them set up this election correction process in a safe manner. As many people have heard, duplication occurs in pretty much every election. Someone could spill coffee or beer on their ballot and that barcode is unreadable, but certainly never before to this extent.

So we inquired about the availability of resources to complete the work in Clackamas. The elections told us that they had sufficient resources and what they should have done. We expected them to essentially do math, right?

This is essentially a math problem. How long does it take to duplicate a ballot? How many ballots do we estimate that need to be duplicated? And that will give you the number of people in shifts it took you to do that duplication, what I’ve been monitoring for the past two weeks to get that done is basically asking them about those benchmarks.

It took them more days than we wanted to get us this plan. And once they gave us that plan, within hours we were flipping benchmarks for them that said, “Great, based on the math you gave us, we expect you to do that many ballots a day and have this complete.” .” The deadline we gave them was June 1st, so this Wednesday. So they will actually finish it sooner based on the benchmarks we gave them.

David Miller: When you asked Sherry Hall about her plan for actually counting the ballots on time, it included the basic math of how many ballots there were and how long it took to process them. It took Hall a full week to even reply.

She has complained to you and said that your request is keeping her from doing what you really need to do, which is to focus on the upcoming elections.

It was a testy exchange, emblematic of the past few weeks here. I’ve noticed that as Secretary of State you are the state’s chief electoral officer, but Sherry Hall is an independently elected officer in Clackamas County. What can you actually do?

Shemi Fagan: The law gives the secretary of state a thin but bright line in voting power. Oregon law is very clear: it provides that the county clerk is the only electoral officer who can conduct county elections. In fact, that’s a literal quote from state law: “The district returning officer is the only returning officer authorized to conduct an election in that state.”

Therefore, I committed from the outset to act within my maximum authority to issue detailed legal instructions. The security plan review is something we did. We essentially helped them rewrite their security plan to ensure they expanded the space they needed while still having a spot for observers in each room. And that was written into their security plan and oversight.

David Miller: Could changes at the state level ensure that something like this doesn’t happen again?

Shemi Fagan: One change I think lawmakers will consider is Clackamas County being the only county in the tri-county area with an independently elected officer. While there are certainly advantages to having an independently elected employee, I visited him over Memorial Day weekend. I have visited officials from Harney, Malheur, Baker, Union and Wallowa counties to talk about them and hear how their elections went – which went smoothly in all 35 36 counties – one thing that is clear is that the Most counties, Multnomah County and Washington County, you have an appointed clerk who essentially has a boss, right?

Their boss is the district commission, which appoints them. And if something like that happened in Multnomah County or in Washington County, then the county would have had direct authority to supervise and direct that person. That was not the case in Clackamas County. I would like to reiterate Tootie Smith’s leadership and I appreciated her support, but she and I both had no authority over the clerks because she was independently elected.

I know that Rep. Janelle Bynum (D-Happy Valley) was very concerned about how this will affect the perception of our election and the confidence of voters of color. We’re trying to increase that turnout in Clackamas County, across the state, but Rep. Bynum has focused on increasing black and immigrant turnout. Therefore, I believe that the legislature will probably seriously consider changing the law. Whether Clackamas County should have an appointed clerk, as does Multnomah County and Washington County, just because it’s such a large county. And as we just saw the results of these elections and affecting not just the local elections in Clackamas County, but something as big as a congressional election.

David Miller: How concerned are you that this debacle could feed into conspiracy theories from whatever quarters that are eroding trust in Oregon’s trials?

Shemi Fagan: Most Oregonians trust our democracy. But even before that delay in Clackamas County, polls show about 30% of people don’t trust the 2020 election results, for example. Let me be clear: trust is earned, and my mission as Secretary of State is to build trust. Let’s face it, Clackamas County’s missteps in this case will be a setback.

There’s no denying that. You can’t have weeks of negative headlines about an election without eroding trust, and that’s unfortunate because the process the district used to fix the barcode issue and duplicate those ballots is safe and transparent.

Although it was slow and tedious, it is accurate and trustworthy. If this North Star is to end up having accurate and certain elections, it will happen.

This interview has been edited for length and clarity. To listen to Think Out Loud’s conversation with Oregon Sec. of State Shemia Fagan, click the Play button at the top of the page.

If you would like to comment on any of the topics on this show or suggest a topic of your own, please contact us at Facebook or Twittersend an email to [email protected], or leave us a voicemail at 503-293-1983. The lunchtime dial-in number is 888-665-5865.

The 6 best smart blinds, shades and curtains in 2022