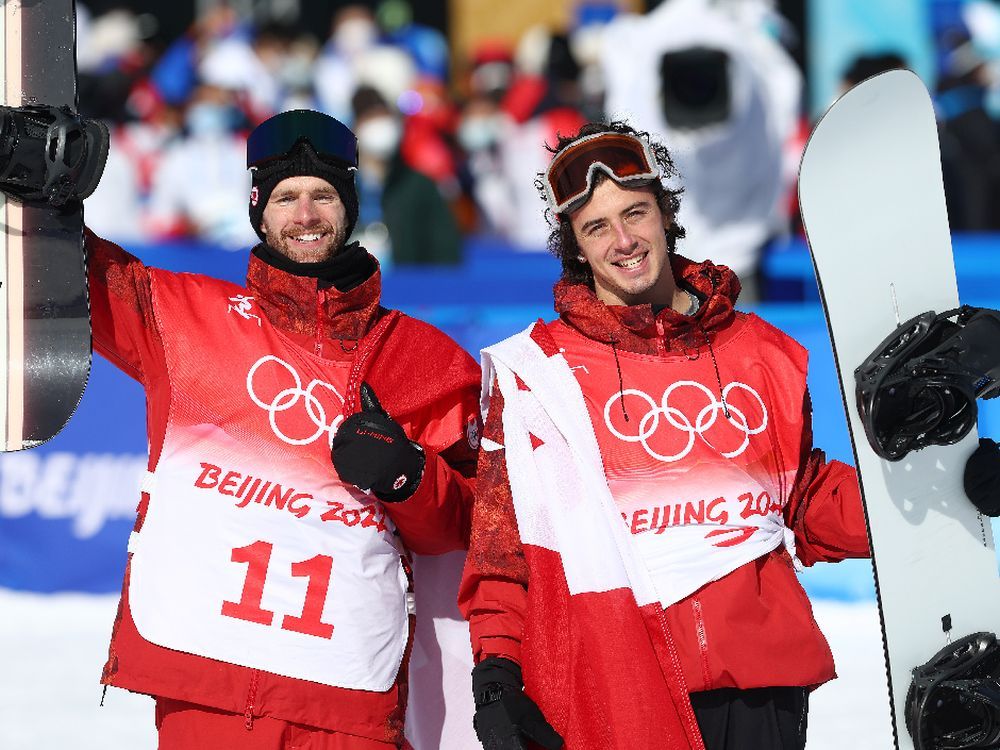 ZHANGJIAKOU – Mark McMorris is stuck on Bronze, but he thinks there’s time for an upgrade.

McMorris, from Regina, said Monday that he is determined to compete at the 2026 Winter Olympics. The 28-year-old snowboard star won his third slopestyle bronze medal at Genting Snow Park on Monday. It’s a color that conveys both pride and frustration.

“It’s always been there, man,” McMorris later said of his desire to change the medal color. “It gets a little tricky sometimes in a rated sport. I have to keep an eye on everything but I’m super proud of the way I drove and still being on the pits feels good. But most importantly, all you can worry about is landing the run you wanted and riding to the best of your ability. The rest is in their hands and today they put me in third place.”

McMorris reacted jubilantly after his third and final run in the men’s final, which he thought would take a gold or silver medal position. But the judges gave him an 88.53, which was behind gold medalist Max Parrot of Canada (90.96) and silver medalist Su Yiming of China (88.70).

The latter, just 17, has known McMorris – a frequent visitor to China – for years.

“He’s been my idol since I started snowboarding,” said Su, who had a small moment sharing the podium with the Canadian veteran.

McMorris’ body has sustained some horrific injuries, including a near-fatal backcountry snowboarding accident in 2017. The 10-time X-Games gold medalist is a medical amalgam of flesh, bones, screws, plates and scars, and he noted that he will be 32 when the Games begin in 2026.

But he’s proud of his longevity in the sport. He says that in the tough world of snowboarding, it’s difficult to get on the medal podium at three Olympics in a row.

“Taking care of my body and being able to compete at this level after what I’ve been through is really, really special,” he said.

Which leads him into the future.

“I’d love to be there,” he said of the 2026 Games. “As long as I’m still having fun, I’m still in it and I feel like I can perform at a super high level, and if my body is up to it, I see no reason why I shouldn’t be there. I feel like I still have all the tricks to win which feels really good.”

On Monday, McMorris watched as a teammate took the gold and a teenager who adores him took the silver. He says he had his own heroes growing up and he’s glad Su is catching the wings.

“I see this little kid,” he said of those early meetings. “He’s always there and he loves snowboarding and adores me. And then boom – this fall he’s just so damn good and he became a man.”

But McMorris also knows how good his last run was, and that competitive instinct has gone nowhere. A bronze medal? He said he’ll watch the replay and see if he agrees with the judges – their work, he concedes, isn’t one he envies – but in the meantime he’s a three-time Olympic medalist and he thinks that’s one thing very good thing is indeed.

“Of course it would have been nice to change the color of the medal,” he said. “But there is a lot to be proud of in these achievements. In a valued sport, it’s a little difficult. But to ride really well in three Olympics and get a medal every time… I’m really proud and grateful.”

A welcome email is on the way. If you don’t see it, please check your junk folder.

The next issue of NP Posted will be in your inbox shortly.

There was a problem signing in. Please try again