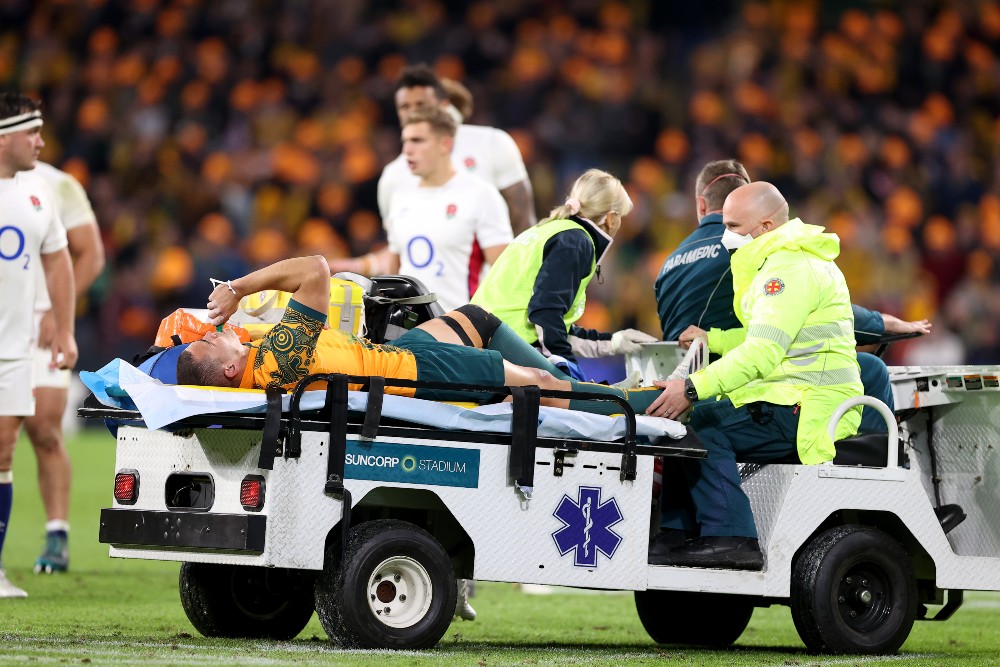 The Wallabies could need outside reinforcements for Sydney’s crucial third Test against England after a likely serious knee injury to Izaia Perese led the carnage in Brisbane.

Scans will confirm if the provider tore his ACL in Saturday night’s 25-17 loss at Suncorp Stadium.

Do not miss! Buy your tickets for the Wallabies v England playoff

Locker Cadeyrn Neville also suffered a knee injury, full-back Jordan Petaia suffered a concussion in the third minute and Scott Sio (arm, shoulder) faltered when he came on as a second-half substitute.

Allan Alaalatoa (concussion) and center Len Ikitau (Wade) should both be operational at least on Saturday at the SCG.

But with Jed Holloway, Quade Cooper, Tom Banks and Andrew Kellaway already in the ER and Darcy Swain suspended for another test, the closet is almost empty.

The Wallabies remain particularly thin in the second row and as full-backs, with Reece Hodge flown into the squad as cover and now a potential No. 15 fix, and Nick Frost having a starting chance after debuting off the bench.

Rennie said he would consider adding a second rower to the squad once a clearer picture of their Sunday injury rate was possible.

It paves the way for code-hopper Suliasi Vunivalu’s much-hyped debut on a grand piano or off the bench. The former NRL Premiership winner has been training heavily with the squad since returning to rugby after a series of hamstring injuries.

Petaia’s early departure caused a headache for a side looking for a full-back ahead of next year’s World Cup. Kellaway was strong when he moved to Perth but now has to be on the sidelines for up to eight weeks.

Petaia stumbled to his feet after a failed tackle and it seemed very likely he would be there for another setback for the talented 22-year-old in Sydney.

Rennie won’t use the injuries as an excuse, however, as his team threatened an upset by going 0-19 in Brisbane.

“We lost the collisions early, they choked us at our end, but the first time we came down we scored seven goals,” he said.

“When we were playing territories we put pressure on them and at 22-17 we had all the momentum and a lineout (lost to a bad throw) and they were able to swing the length of the field and take three points.”

Australia scored two tries to one but Owen Farrell’s six penalties and a conversion of eight tries were the difference.

“We knew it (the physicality) was coming, we just didn’t tackle well enough… and we have to look at our discipline,” Rennie said.