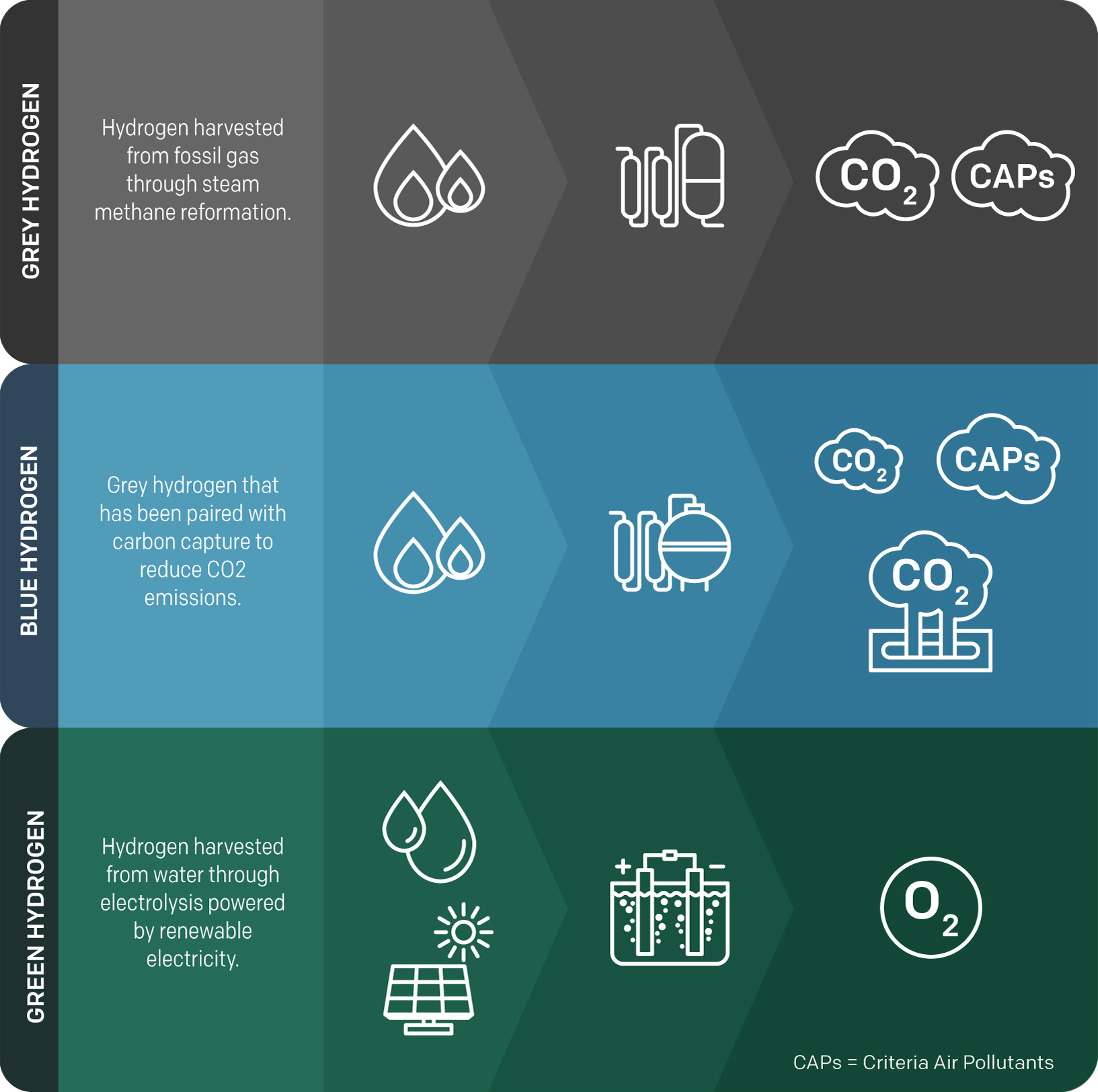 How would hydrogen shape Pennsylvania’s energy future, the good and the bad

How would hydrogen shape Pennsylvania’s energy future, the good and the bad?

Recently, the use of hydrogen as a fuel or energy source has become a focus of government and industrial investment both internationally (e.g. Japan, Australia, Germany) and in the United States. With the global goal of net-zero greenhouse gas emissions by 2050, many anticipate that hydrogen energy will be the silver bullet in the energy transition from fossil fuels to clean energy.

When combusted, hydrogen produces no greenhouse gas emissions, but the different production techniques can have different impacts, as we will discuss below. The Russo-Ukrainian war has accelerated this quest for clean energy to wean European and other countries off Russian oil and gas.

The US Department of Energy (DOE) is highlighting heavy-duty transportation and steelmaking as end-use sectors where hydrogen will help decarbonize. Currently, companies, state and local governments, and various stakeholders are preparing plans for these hubs, and the DOE announced its plans to begin accepting applications for funding in September or October.

Given the need to decarbonize the industrial sector and its significant energy resources (particularly nuclear and methane gas), Pennsylvania is certainly a likely region for a hydrogen hub. However, hydrogen production processes are not equal in their ability to pollute the environment. Knowing the differences can help communities facing future hydrogen hub development in their area.

Hydrogen is the most abundant element in the universe that has potential as an energy source due to its light weight and energy density. There is evidence that hydrogen can be used in transportation (cars, buses, trucks, planes, shipping), in industrial processes (steel making, fertilizer production), and for renewable energy storage (to account for winter or low-wind periods).

The most common processes for producing hydrogen are electrolysis or steam-methane reforming, in which molecules such as water or methane are split. Hydrogen can then be pumped into a fuel cell where an electrochemical reaction takes place to produce electricity. The only output is water. Developments in new hydrogen production processes continue to be explored.

Methane is an extremely potent climate pollutant, escaping across all segments during its production and transportation. The process of producing hydrogen from methane also causes significant carbon dioxide pollution.

Meanwhile, the so-called “brown” hydrogen production is operated from coal, which also releases significant amounts of CO2. “Blue” hydrogen is the same as gray or brown hydrogen but adds carbon capture, use and storage (CCS or CCUS), which is an attempt to capture the greenhouse gas emissions produced by the system and store them underground or use them to produce oil to use or gas extraction.

Finally, “green” hydrogen combines renewable energy from wind or solar power with electrolysis to split hydrogen from water molecules. There are other methods of production (including “pink” hydrogen made by electrolysis via nuclear power), but the most controversial are gray, brown, and blue hydrogen because they depend on fossil fuels.

NOT ALL HYDROGEN IS THE SAME

Despite the advantages of burning hydrogen as a fuel over fossil fuels, these production processes are far from clean. The carbon footprint of blue hydrogen is more than 20% larger than burning methane gas or coal to generate heat.

In addition, 3.4% of methane, a greenhouse gas that traps heat in the atmosphere up to 87 times more than carbon dioxide, is released from gas fields, storage and transportation in the production of blue hydrogen.

The $1 billion Petra Nova project in Texas has been closed due to mechanical problems and failure to meet carbon capture targets. At its current stage of development, CO2 capture cannot adequately capture the target emissions from fossil-fuelled hydrogen production. Investing in the production of low or zero life cycle emissions hydrogen using renewable energy is the only plausible way to effectively tackle the energy crisis with hydrogen.

However, we also have to make compromises because we need to use as much renewable energy as possible to generate electricity and clean our power grid. It will be a challenge to scale up the amount of clean energy required if we use significant amounts of it for hydrogen production.

Additionally, hydrogen production is incredibly energy intensive, regardless of the raw materials involved, and these energy conversions and losses mean that even green hydrogen is a much less efficient means of decarbonization compared to, for example, direct electrification of a clean energy process.

While the enthusiasm for hydrogen is understandable, researchers agree that it’s important to temper that enthusiasm with a realistic perspective. Hydrogen is not a panacea to our energy and climate crisis and could actually make greenhouse gas emissions worse.

Hydrogen can play a role in the energy sector, but when it does, building hydrogen infrastructure using green hydrogen or zero-emission hydrogen and targeting it at specific end-users that cannot otherwise be electrified with clean energy will be key.

Municipalities need to keep a close eye on what the DOE and energy companies are up to for the hydrogen hubs that will no doubt shape the energy landscape for years to come.

HOW WOULD HYDROGEN SHAPE PENNSYLVANIA’S ENERGY FUTURE. THE GOOD AND THE BAD, September 23, 2022

Investigation of the fatal accident | City of Lakeland

As Rahul’s Bharat Jodo Yatra takes on the color of a pilgrimage, BJP tries to cover their tracks