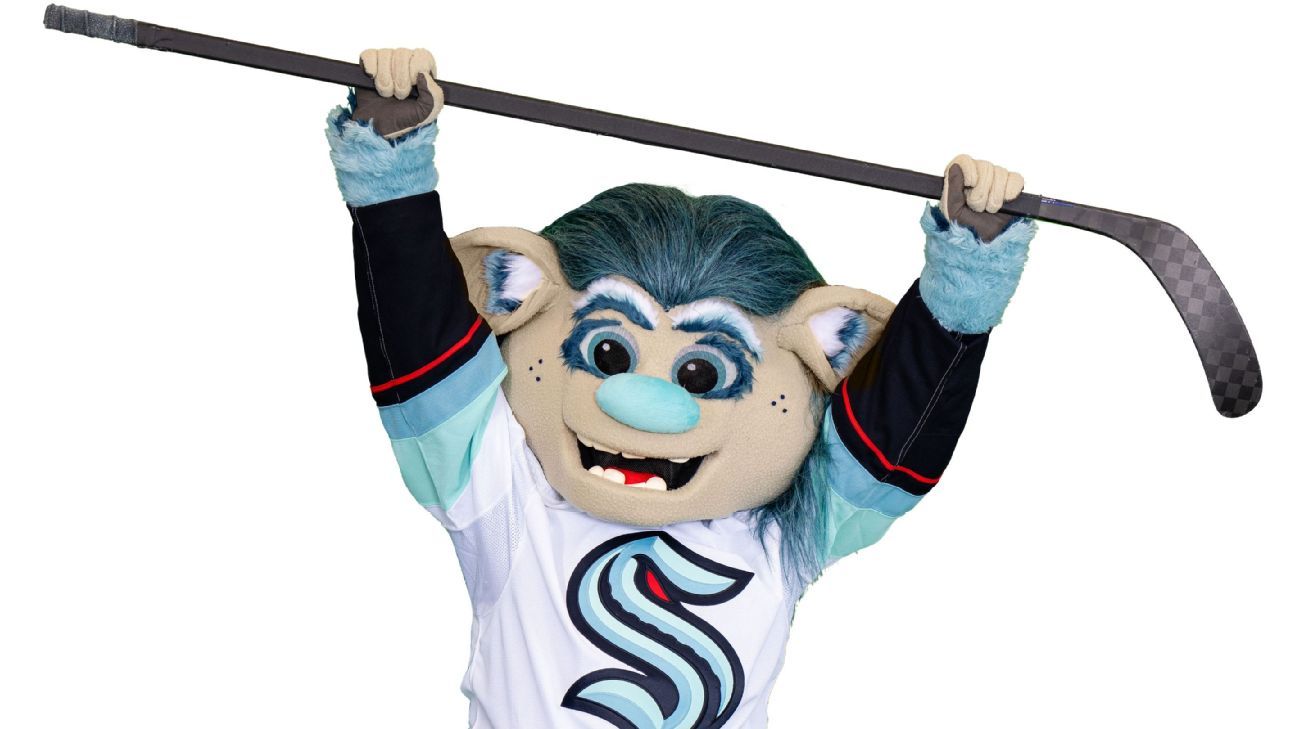 How the Seattle Kraken kept their new mascot, Buoy, a secret

SEATTLE – A presentation was taking place in a conference room at the Seattle Kraken’s practice facility when one of the doors slowly began to open.

Panic took shape at that moment.

This forced a 6 foot tall furry blue troll with an anchor earring dangling from its left side and a blue tentacle dangling from its right ear to find a hiding place. It got everyone else in the room laughing right after telling the person trying to go in the room that it wasn’t a good time.

Now you know how far the Kraken is willing to go to keep a secret.

At this point, fewer than 50 people on the planet had ever seen Booy. That all changed on Saturday when the Kraken introduced their mascot to the rest of the world by roping him down the rafters of the Climate Pledge Arena before a preseason game against the Vancouver Canucks.

It was no secret that the Kraken would have a mascot. Everything else, however, was a mystery. Nobody knew until now what name they would choose or what the mascot would even look like.

Hundreds of ideas and names were submitted in the Kraken’s search for a mascot. That’s where everything Buoy came from. His backstory is that he is the nephew of the Fremont Troll, the iconic Seattle sculpture that inspired his creation. The name was chosen because the octopus kept coming back to what it sounded like for a mascot.

“We looked at all of the characters in this space and wanted to make sure what we were bringing was unique. We didn’t want to be like everyone else,” said Lamont Buford, Kraken’s vice president of entertainment experience and production. “If you look at a lot of mascots in sports, you can tell what mascots came about by looking at another mascot. We wanted to make sure we avoid that.”

Creating a mascot is fraught with obstacles—especially in the post-gritty era, where the already high expectations of an often subjective task are even higher. The goal for the Kraken was to find a mascot that felt local. But this request also came with limitations. They didn’t want an octopus as a mascot because he’s already a member of the Detroit Red Wings.

They didn’t want to use Kraken either. The argument is that no one knows what an octopus looks like. And so they wanted to keep this mystery going but still have a mascot that hit the right note.

“We speak of the Kraken living in the theater of the mind. It’s a mysterious animal. We don’t want to be a cartoon brand, which is why we didn’t reveal the full Kraken,” said Kraken senior vice president of marketing and communications Katie Townsend. “It was a pretty obvious decision that instead of going with an octopus, we would do a deep dive, led by Lamont and his team, to consider what would be the right mascot for the city, for the fans, and for… the brand is.”

Buford said Buoy’s blue coat fits the team’s color scheme. His hair is a nod to hockey hair while also paying homage to the long hair notoriously associated with Squatch, the longtime Seattle SuperSonics mascot. The tentacle dangling from his ear is a way of letting fans know that Buoy “had an encounter with a kraken,” while his earring is the same anchor used as the team’s shoulder patch.

To Buford’s knowledge, the only team that has a troll as a mascot is Trinity Christian College, a NAIA school in Illinois.

Going for something unique meant the Kraken Buoy wanted to be tested with different focus groups to ensure its look was both family and adult friendly. This way, for events like birthday parties or festivals, the team could send a welcoming presence to the community.

One of the ways to do this was to give Buoy a squeaky nose. He also has a removable tooth so he can look like a hockey player and a dance called “Buoy Boogie” which he performs at various times.

It even extends to how Buoy signs his name. The B is designed to look like a buoy with flashing lights, while the Y’s tail continues to run beneath its name in a wavy pattern.

The process started in 2020 when the organization asked if they needed a mascot. Buford and Townsend said the Kraken kept hearing from fans that they wanted one. So they took up the challenge, spoke to different stakeholders within the organization and started brainstorming.

Eventually, the team narrowed it down to nine ideas, with Buoy being the eventual winner.

“Some of them are things you could have imagined what they would have been,” Townsend said. “There were some that were as abstract as a squatch. We looked at sea life. We looked at things associated with an octopus. It would never be squatch. We hope the Sonics will come back one day and this is the Sonics mascot.”

Of course, while all of this was discussed, Buford and Townsend also kept an eye on the door to make sure no one else knew about the mascot. Secrecy has become an important part of the Kraken operation. That’s how it was when it came to their logo and uniform design, and no one knew for sure that they were hiring coach Dave Hakstol until they put out a press release saying they were hiring the former Philadelphia Flyers coach as their first choice had hired in team history.

Buford’s team designed Buoy, so they were in constant contact. Townsend’s team didn’t see it until May. The Kraken’s executive ownership team saw Buoy in September, while Kraken players met the mascot about a week before release.

There were several questions the Kraken had to answer prior to Buoy’s introduction. Perhaps one of the most important was how he would be received by the fans and the hockey world at large?

Mascots can often be a polarizing topic. Some people love them. Others could do without them for a number of reasons. Anything from names to looks to other nuances can become social media fodder for at least a few days.

How does a team that has been working on a mascot for years prepare for the potential criticism that might come their way?

“I think with a mascot I expect almost 50-50,” Townsend said. “It’s very divisive. People feel very passionate. Not everyone is a mascot person, and that’s okay too. I think what we’re doing is our due diligence with our focus groups… and we feel like we’ve created a mascot that’s fun and fits our brand, then we’ll proceed with the launch.”