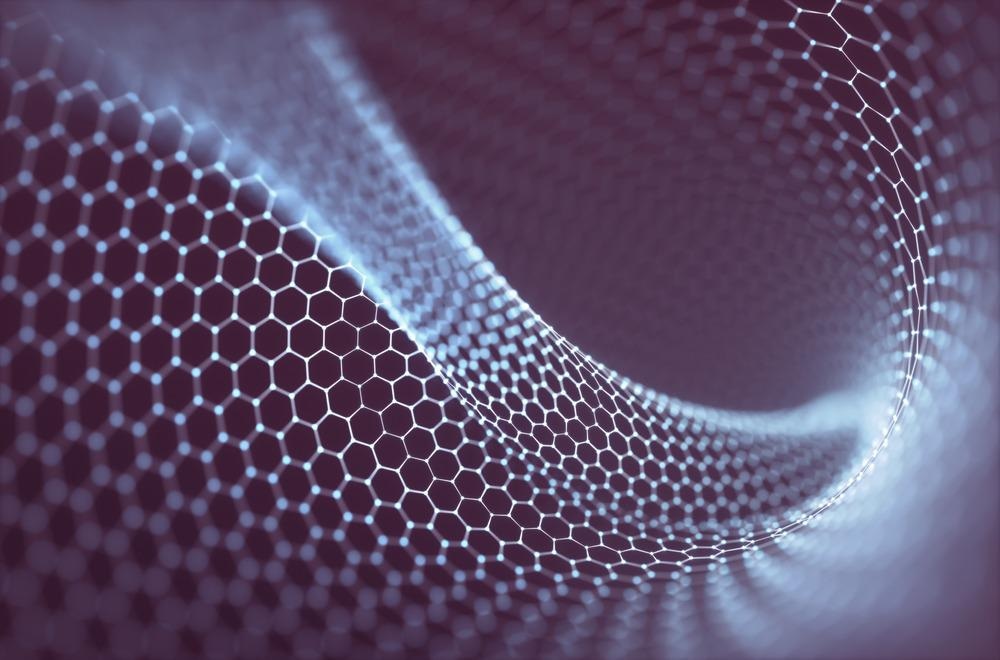 In the study recently published in the journal molecules Researchers studied the characterization and growth of graphene on different types of copper (Cu) Surfaces.

Graphene is a promising material for the development of novel optoelectronic devices due to properties such as high ballistic transport and carrier mobility with more than 97% transparency for visible light. Studies have shown that chemical vapor deposition (CVD) is the most effective method to grow graphene for optoelectronic applications.

The benefit of using CVD is that it produces high quality graphene with low structural defect density, which is critical for industrial and research applications. In addition, CVD technology also offers chemical inertness and impermeability to most gases, making it very effective for growing graphene destined for corrosion-resistant coating materials. The fundamental limitation of CVD is the inability to achieve defect-free graphene growth over large enough areas.

Micro-Raman spectra from different regions of a Gr/Cu foil several months after the CVD graphene growth process. For the sake of clarity, the traces are plotted after subtracting the background. Insets: Micrographs from the respective regions detailing the points of laser excitation. The scale bars represent 100 μm. Image credit: Rafailov, PM et al., Molecules

In the present study, the CVD method was used to grow graphene on different types of Cu surfaces. The researchers’ main motivation was to find the most suitable Cu surface to obtain defect-free graphene for optoelectronic devices.

Researchers used both raw and electropolished Cu foil as the growth substrate. Meanwhile, electropolishing was performed while keeping a polished Cu foil as an anode and a Cu plate as a cathode. In addition, the process was performed at room temperature using a specific polarization voltage and using concentrated H3PO4 solution as the electrolyte.

In the next step, anodic dissolution was performed in a mass-controlled kinetic regime for 15 min, followed by rinsing the samples in deionized water. Finally, the samples were transferred to the growth chamber and the electropolishing was evaluated by visual inspection and specular and light microscopy. It should be noted that the samples were compared to the surface to an untreated film upon visual and microscopic examination.

The graphene was grown using low-pressure chemical vapor deposition (LPCVD). Researchers used LPCVD for graphene growth because it produces lower graphene nucleation density and catalyst surface reactions control the graphene growth rate during the process. Cu foil was annealed in an argon/hydrogen atmosphere during the process and CH4 with h2 Flow was introduced into the reaction chamber dedicated to the growth stage. Furthermore, the sample was cooled in a hydrogen/argon atmosphere and the cultured samples were kept in a clean environment before experimentation.

The samples obtained were characterized by Raman spectroscopy, electron backscatter diffraction and X-ray photoelectron spectroscopy. The characterization was performed at three different sample storage times: fresh, six months and 20 months. In addition, researchers also analyzed the effect of electropolishing on the metal surface.

(a) EBSD orientation map of the examined location on the “fresh” sample (above) with corresponding EDX oxygen element distribution map (bottom). (B) Same as (a) for the sample “6 months”. By doing above Figures, for low-index grains with incomplete orientation, the minor component is shown in smaller font below the dominant one. bottom Panels: Some Cu grains are represented by a dashed line for clarity; the intensity of the red color corresponds to the oxygen concentration. Inset: orientation color code. Image credit: Rafailov, PM et al., Molecules

Electron backscatter diffraction and energy dispersive X-ray analysis results for the fresh samples and the six month stored sample show that most of the grains were not perfectly oriented according to the primary Miller indices. Furthermore, the orientation maps shown indicated that dominant (011) oriented Cu grains were the most susceptible to Cu2O formation in both graphene-coated samples, and the grains with dominant (001) orientation had the lowest oxidation. Because of this, the Cu-graphene solid-state coupling and the strain in the graphene lattice are released in a time-scaled and non-uniform manner.

The ellipsometric results indicated the presence of an oxide layer under the graphene, ranging from 6–7 nm. It must be noted that the range of fractions was calculated based on previously published studies.

Visualization of graphene grains with liquid crystal coating showed that the graphene grown on electropolished Cu foil has larger grains with lower defect density. The smaller defect in the graphene grain is significant for the high performance of the optoelectronic components developed with it. In addition, the presence of large grains is important for reduced oxidation in graphene-coated metals.

In summary, the researchers showed that defect-free graphene could be grown on a large Cu surface using the process used in this study. They discussed the time dependent changes, calculated the thickness of the outcoming Cu2O under the graphene and studied the orientation-dependent affinity for oxidation of different Cu grains. Future studies need to estimate the number of graphene layers needed to achieve optimal results.

Disclaimer: The views expressed herein are those of the author, expressed in his own capacity and do not necessarily represent the views of AZoM.com Limited T/A AZoNetwork, the owner and operator of this site. This disclaimer is part of the terms of use of this website.