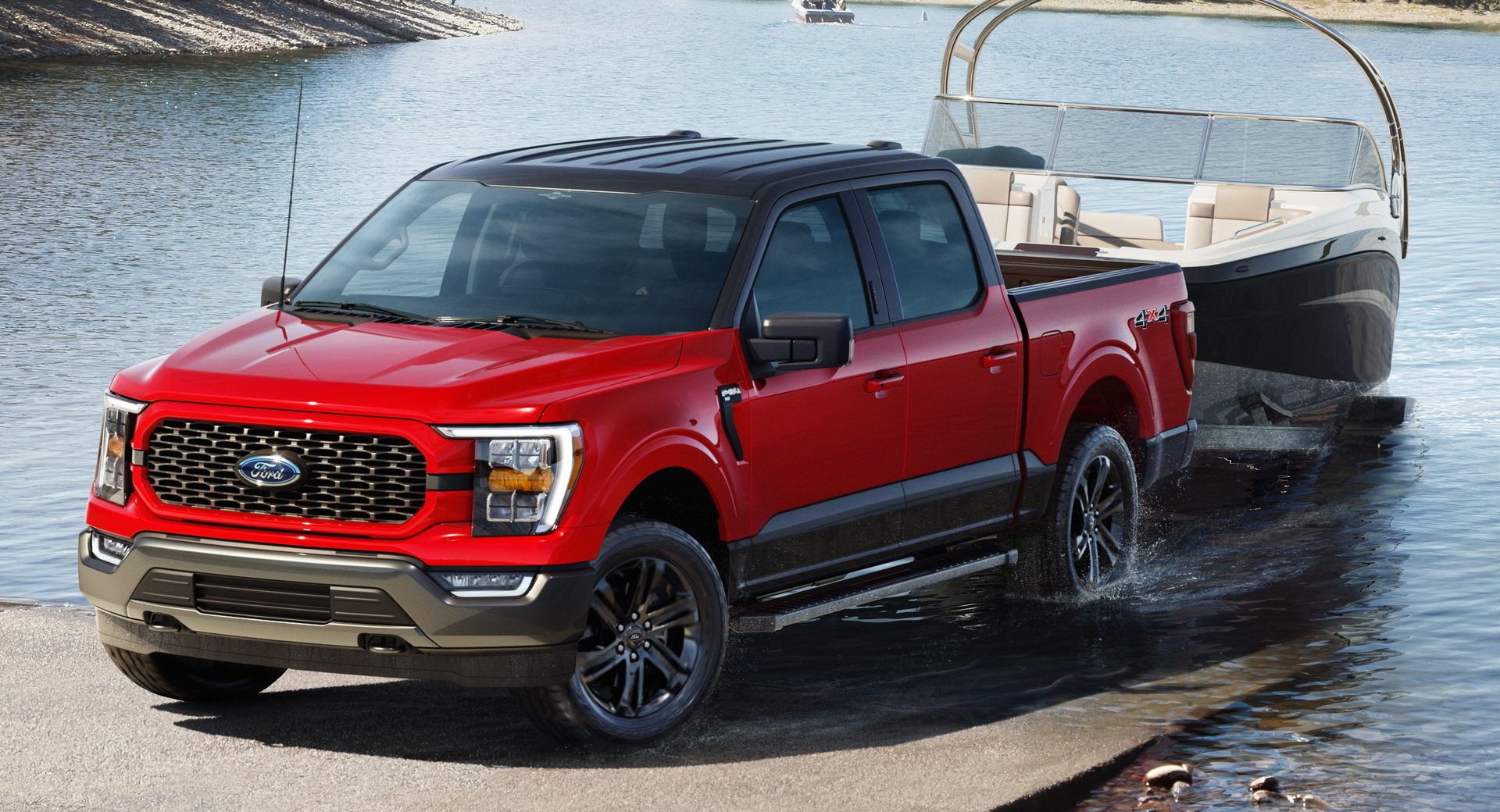 The Ford F-Series will celebrate its Diamond Jubilee in 2023 and in honor of its workhorse, Ford has decided to create a special line of 75th Anniversary ‘Heritage Edition’ trucks with two-tone paintwork.

Intended as a modern take on the two-tone exterior paint finishes that Ford (and others) offered for its trucks over the last century, the automaker will offer the new special edition in five color combinations. Customers can choose between the colors Race Red, Atlas Blue, Antimatter Blue, Avalanche or Area 51. They are matched to the roof and bases finished in either Carbonized Gray or Agate Black.

The darker colors are found not only on the roof and pillars, but also on the bumpers, lower door and lower body panels. Which sounds fine, but in my opinion the lack of contrasting colors is a missed opportunity. As shown in the video below, the 60’s, 70’s and 80’s trucks all had one thing in common and that was white highlight colors, not dark.

Indeed, the recent spate of dealer-painted throwback trucks has done the same, and the lighter color serves to emphasize the truck’s proportions rather than hide them like the gray and black do here. Without brighter options, these trucks don’t feel as retro to me.

Ford’s customers might disagree, and those that do are treated to slate gray and black interiors. Meanwhile, distinctive seat trims have unique inserts and embossing on the console lid to further emphasize the ‘Heritage’ design. To top it off, a white “75 Years” logo sits on the upper center windshield and is included in the center screen’s startup animation.

Prices have not yet been announced, but they will be when the order banks open in mid-July. Production of the 2023 F-150 Heritage Edition will begin this fall.