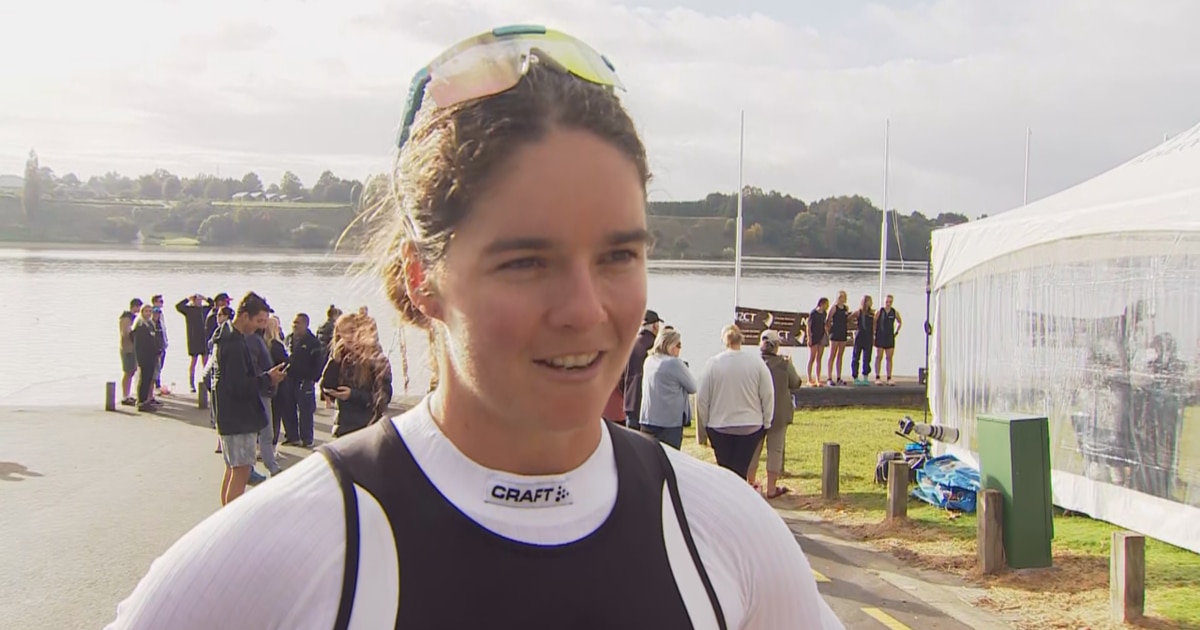 Fisher upbeat despite loss to Carrington

Aimee Fisher is optimistic as the fight for New Zealand’s only K1 500 spot at the World Canoe Sprint Championships continues.

It could have ended Sunday morning at Lake Karāpiro if Fisher had beaten Dame Lisa Carrington again like she did on Saturday.

But Carrington took the last race – she was 0.11 seconds faster than Fisher.

That meant the best-of-three trial series continued on Thursday – International Canoe Racing Federation rules state that each country can only have one entry per event at the World Championships.

Fisher told 1News that, breakneck as it is, the rule is simply part of the gig.

The reigning world champion said the competition brought out the best in her and Carrington.

“What a showdown,” she said of Sunday’s race.

“How spectacular that we can lead two paddlers like this and have a race like this. Pretty special, isn’t it? she [Carrington] surpassed me today so kudos to them.”

Fisher said she thought she was hotting up Carrington when the race started.

Then “things really started to lockdown” and she found herself “stuck in the water for the rest of her life,” she added.

“She had her legs on her today and she got me,” Fisher said of the five-time Olympic champion.

As for her plans ahead of Thursday, Fisher said she’ll take some time to think, reset and “get hungry again.”

When asked how Carrington turned around Saturday’s result in just one day, Walker said it’s about her up to the challenge.

Walker said part of that is treating Saturday like any other day, whether it’s a tough gym or a paddle session.

Then it was a matter of going back to basics, seeing what habits work and staying true to that without getting too distracted, he said.

“One of the things they did [Carrington] As great as she is, she will ask herself the tough questions and get right answers, honest answers. You can’t be a champion for a decade without being able to do that a lot.”

After Saturday he said it was the little things that needed tweaking in an otherwise good race for Carrington.

Walker acknowledged that the fight for a World Championship spot was tough, but that it was “great for the sport” to see both women doing the way they did.

He said he didn’t know what arrangement could allow both Carrington and Fisher to go to the World Championships, which will be held in Canada in August.

There was also “a bit of work to be done” in any situation where the two women could paddle together, Walker added, with Carrington also eyeing the K2 and K4.

“It’s really up to Aimee to figure out what she wants to do with the K1. Now she’s figuring out her own training and how to prepare really well. Whether that could also be folded into a K2, time will tell on this one.

Why You Should Reconsider Using Buy Now, Pay Later Loans