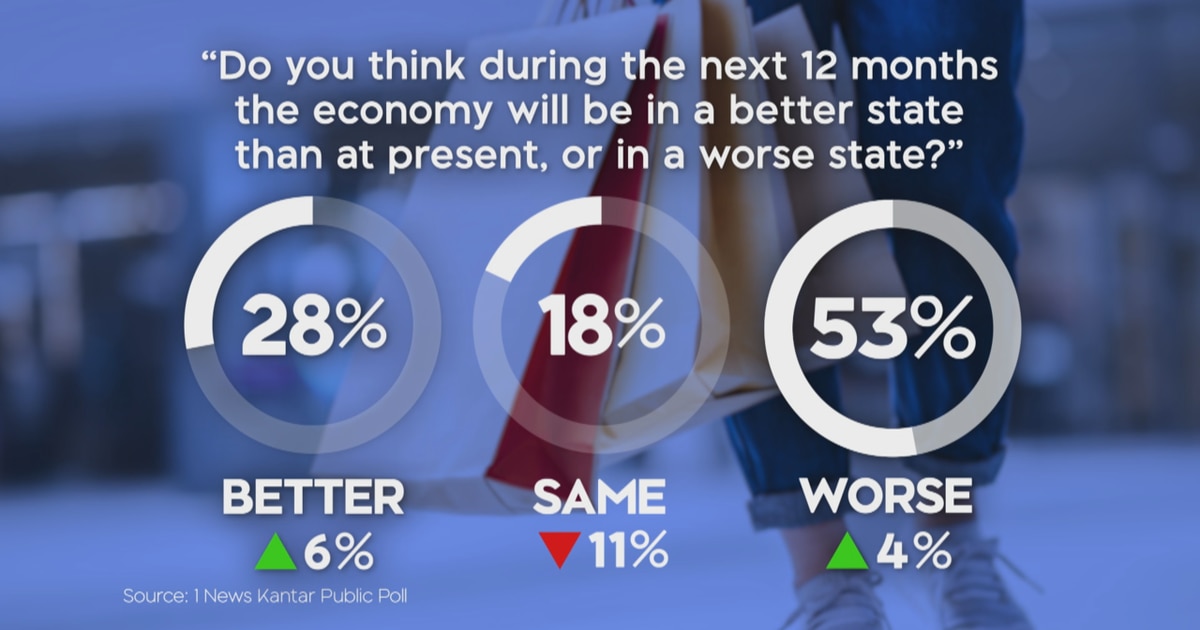 Business confidence falls to its lowest level since 2008

Confidence in business has fallen to its lowest level since 2008, according to the latest 1News public Kantar survey.

It comes as National Labor overtakes and voters express concern about the skyrocketing cost of living.

When voters were asked what they thought the economy would be like 12 months from now, 28 percent said better, up six points from January, while 18 percent said the same, down 11, and 53 percent said worse, up 4 percent cents.

The smaller parties in Parliament – ACT, the Greens and Te Pāti Māori – all agree that the economy is becoming the big campaign issue.

“The impact of inflation is not felt equally, it is the people on the lowest incomes who are feeling the pressure. The approach we have seen from the National Party of rewarding the highest earners will not solve this problem,” Shaw said.

Māori co-leader Debbie Ngarewa-Packer needed the focus to be on ‘bread and butter things’ that would enable Kiwis to thrive.