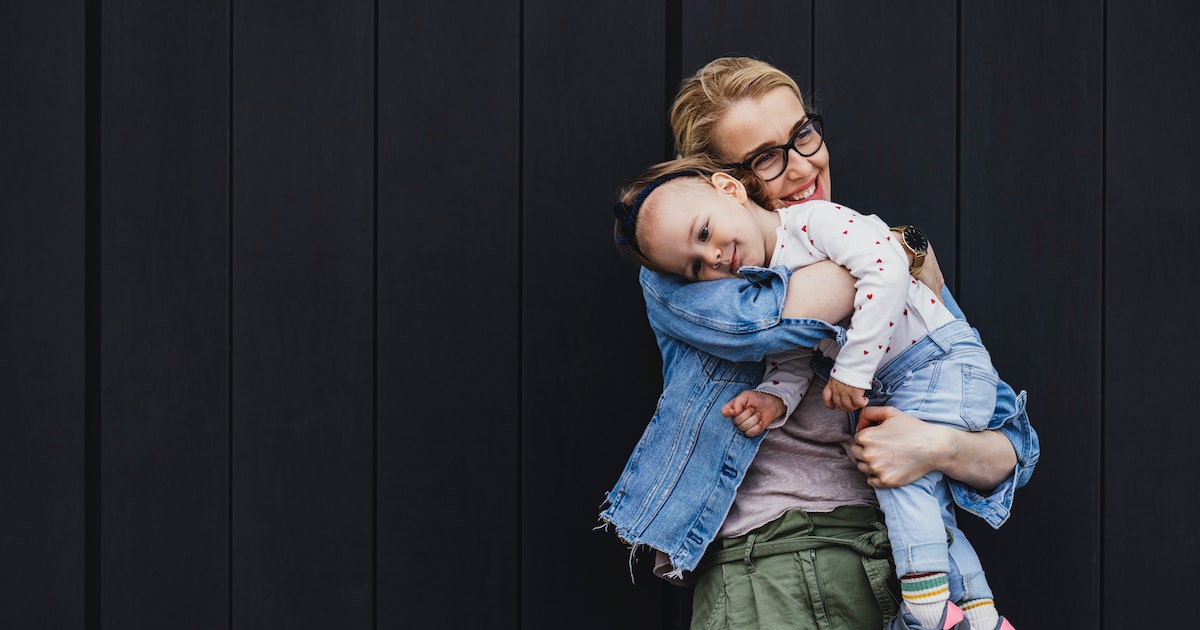 As my mother taught me multiple sclerosis

When I was pregnant, my unborn daughter’s fingernails scratched my cervix. She scratched herself when I was at work, at dinner parties, when I stopped in the Publix parking lot to throw up. It felt like she was trying to scratch herself out. Like many women, I hated being pregnant. I wanted her outside of me, safe. I wanted her to be born.

The day after I was born, I cut her scratchy fingernails. Everything else about her was soft. It consisted of circles: a round head, huge black eyes, balls of the belly, oval thighs. It was a bunch of balloons and when I looked at them I felt lighter, carried. But babies born late, like her, a week that felt like a year came out with tiny claws, and they had long, sharp nails on the edge of all their softness. I was singing Joni Mitchell to her when I was editing. Then, like Joni, I made my baby cry. I cut her little fingernail too short. It was bleeding. I’d spent the day with my little finger in my mouth, my finger her first pacifier, and now we turned around. I sucked on her bleeding little finger, we both cried.

Motherhood was not a matter of course for me; it was chosen. I didn’t want to be a mother until I thought I couldn’t. I was diagnosed with multiple sclerosis when I was 20 and my first question to the neurologist surprised both of us: â€œCan I have children?â€ I felt myself snap at an experience I thought I didn’t want until it was pulled away from me. The doctor said yes, and my future became more solid. I would have difficulty walking, but I would have children.

I belong to a generation of girls who are trained to look for magic.

Days after she cut my daughter’s nails, her fresh pink little skin turned pink and my not worried husband worried. I said, “It’s okay, look, she’s fine,” while she was quietly breastfeeding. He called the doctor; The doctor said, â€œIt’s okay. I mean, as long as the pink doesn’t spread your finger. â€I looked and the pink from her nail spread over her finger. The doctor whispered, “Take her to the hospital.”

I thought the pink finger was fine; I thought my daughter is fine. It was a blood infection, but we were told she would be fine. After we left the hospital, we kept her antibiotics on hold in our bedroom as it was difficult to leave the room. I was still bleeding, she was still crying, it was early baby days.

Days later, when we both healed and her finger was the same pink everywhere, I whispered to my four-day-fresh daughter: “I’m so sorry.”

My first neurological symptoms were difficult to describe, and instead of worrying, I felt magical. I left, and suddenly my legs felt electric, like they were wrapped in Christmas lights. Later, after years of appointments in neurology, I learned to describe the feeling as “tingling”. But it felt more mystical in those first few months. I remember thinking, â€œI just feel everything; everything in me is alive and light. â€In retrospect, this optimism seems absurd to me until I remember how many times I’ve seen it AmÃ©lie in the cinema. I cut my own bangs to look like her in my dormitory. I belong to a generation of girls who are trained to look for magic.

But after a few months I had trouble walking. I couldn’t make it through an intersection one afternoon and I crouched down afraid a car wouldn’t see me and worried about how I would make the last few yards across the street.

In the doctor’s office, I watched the neurologist poke my ankle with an open safety pin and I felt nothing. He looked at me and said he would cancel his next appointment to show me across the street to take me to the hospital. He said quietly: “Now we have to go to the hospital.” He gave me his cell phone so I could call my mother. The next day I was diagnosed and realized that I wanted to be a mother.

I didn’t have any symptoms when I was pregnant with my daughter. I felt it all – every hiccup and every scratch. When I became a mother, I softened and accepted what was inside of me.

It’s now five months after my daughter was born. Her pinky has long healed and she learned to laugh, but disturbingly, she doesn’t stop throwing up. Everyone says it’s okay. The doctor says it’s reflux; it is normal. In the middle of the night I sneak on tiptoe into her room and discover that she is sleeping in a crib with bile, vomit on the walls and curtains. She is sick at night. She is sick during the day. So much vomit. she is The exorcist Child. It’s horrible in Hollywood. Unreal. I’m crying on the phone with the emergency nurse. My bobble head vomiting baby is constantly losing weight.

The doctor asks for a video because babies are constantly spitting. This is not a movie I tell myself. Don’t be dramatic.

In the video is my shoulder with an unlocked breastfeeding strap on it. A baby cries, then it keeps choking. The camera moves back: I am holding an emptied baby. The picture wobbles. I whisper and scream, “You’re OK baby. I know. I love you. I know. I’m sorry. “The video will end in 2 minutes.

The doctor calls. She didn’t like what she saw. She says, â€œGo now. Go to the hospital now, now. “

According to experts, this is a rare condition. There is little research on this, but research shows that antibiotics can cause the disease in the early days of babies. The diagnosis doesn’t say I trimmed my daughter’s fingernail too short, the notes don’t say I was responsible. My guilt fills the sickroom like smoke.

The specialist talks to us about the rare disease and how certain foods make my daughter vomit until she is shocked. The specialist cannot say which foods are causing this. She has to eat to regain her lost weight, I was told, but any food could take her to the hospital. I am silent. I fold in in time Another hospital room, where I ask my neurologist, â€œCan I have children?â€ Over time, I fold myself under myself and want to tell myself that motherhood is not only freedom, but also, maybe above all, fear.

At home, I try to take control of Excel. I color code the foods she ate and tolerated. I whisper and scream, “I don’t know!” when my husband asks about butternut squash.

I watch academic presentations on food protein-induced enterocolitis while rocking her to sleep. I stay up, take notes, and learn how to keep my baby alive. I eat while I watch. Since I’m breastfeeding, I’ve removed the most common triggering foods from my diet: oats, rice, dairy products, soy. I’m so hungry. I eat hot tamales and drink red wine at 1am. I feel spicy with resentment and blurred with guilt.

As a mother, I cuddle, research, and watch out for little fingers. My awareness of my own fragility and that of my daughter invites me to feel more than to fear. I want to feel the electricity, the magic.

Multiple sclerosis is an attack by the body on itself; the immune system eats at its own nerves. For most people, this ultimately means a loss of feeling; You start to feel less and less. But during pregnancy, most people with MS stop having symptoms because the body’s immune system deteriorates, failing to fight off the growing fetus. I didn’t have any symptoms when I was pregnant with my daughter. I felt it all – every hiccup and every scratch. When I became a mother, I softened and accepted what was inside of me.

Over the next few years my daughter will grow and her table will mostly turn green. Column C says: “Pumpkin: sure, rice: sure, chicken: sure.” Looking back, I don’t know how I got through this time, although I also hated the question “How do you do it?” At some point all parents of small children will be asked that, especially parents of sick children. I had and have no answer. I did it because a mother does it.

My daughter grew from a pile of circles to towers of straight lines; she is all angles. She does handstands and wheel strokes all the time. Their softness has migrated to their edges and takes the form of blonde curls. I often wonder if she will decide to have children. I want her to know that it feels both soft and scratchy when she does it; it will make them more tender and wild.

With my multiple sclerosis, I don’t know what’s coming. Motherhood is similar. I do my best to control what I can: keep my appointments, train, do spreadsheets. As a mother, I cuddle, research, and watch out for little fingers. My awareness of my own fragility and that of my daughter invites me to feel more than to fear. I want to feel the electricity, the magic. I want, hope, to feel everything.