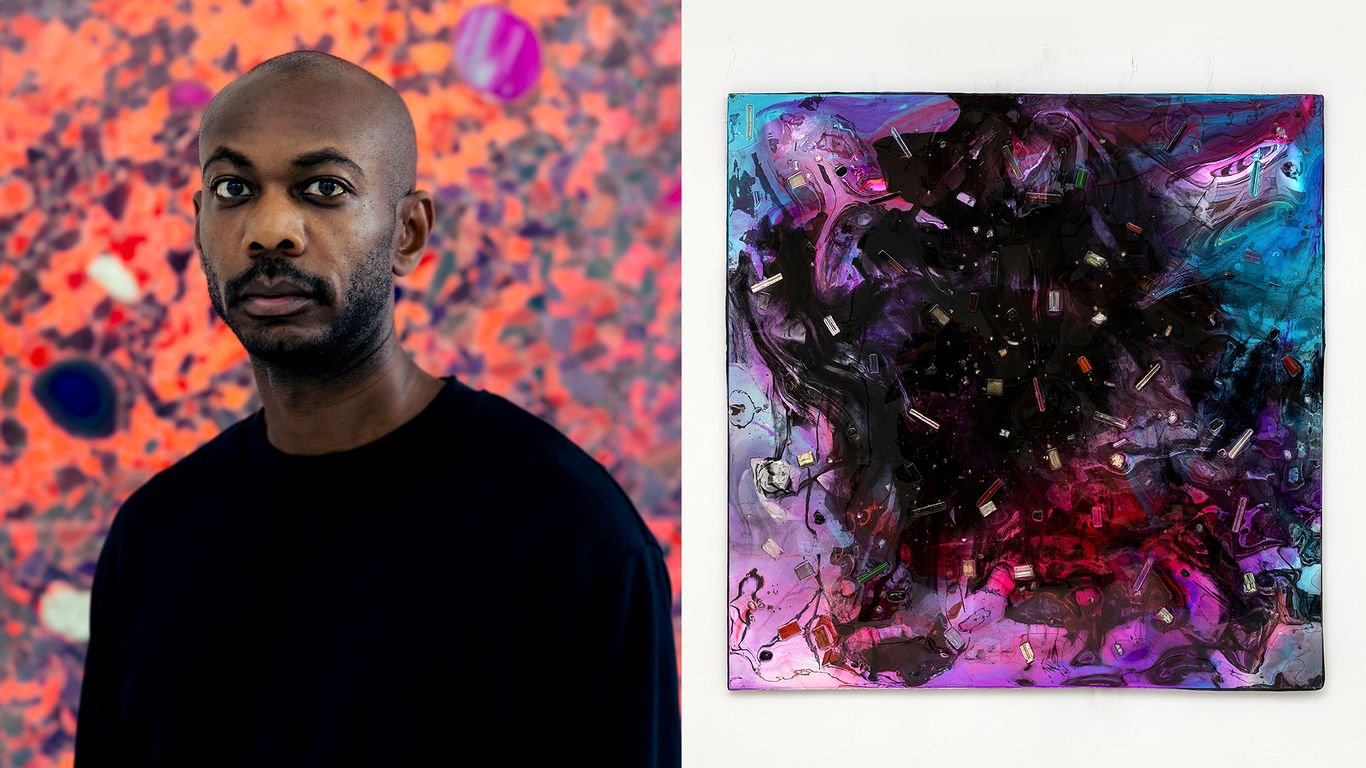 Alteronce Gumby, left, and his play Infinite and Beyond (for Sam Gilliam). Photos: © Alteronce Gumby. Courtesy of the artist and Gallery Nicola Vassell

Isaac Newton used prisms to break down the components of light into the spectrum of colors we see. These experiments inspire abstract artist Alteronce Gumby’s paintings of tiny shards of glass and precious stones, which represent his own analysis of light and color.

The big picture: Color frames the world we see. Gumby – his first solo exhibition the color in everything is currently at the Nicola Vassell Gallery in New York City – seeking to redefine color for the eye and for our society.

Details: Gumby’s paint is made of resin, shards of glass, and slices of gemstone – all prisms that refract and bend light.

Gumby is personally intrigued with Newton’s famous prism experiments showing that light is a spectrum of colors and with later research revealing the different color spectra of stars.

The art of crafting: Gumby says he’s interested in artists who “made their own tools to leave a mark on a canvas,” citing Jack Whitten’s 12-foot brush, which he would scrape across the surface of a painting.

What’s next: Gumby’s obsession with color and the different ways it is formed in nature leads him to explore pigments in plants. One goal of his is to work with SpaceX or NASA to experiment with metals and materials from the moon, asteroids and beyond.

Gumby’s first solo exhibition at the museum, Dark matter, will open later this month at the Allentown Art Museum.

2022: Tribe Academy breaks down barriers in tech and business careers on the UMassD campus