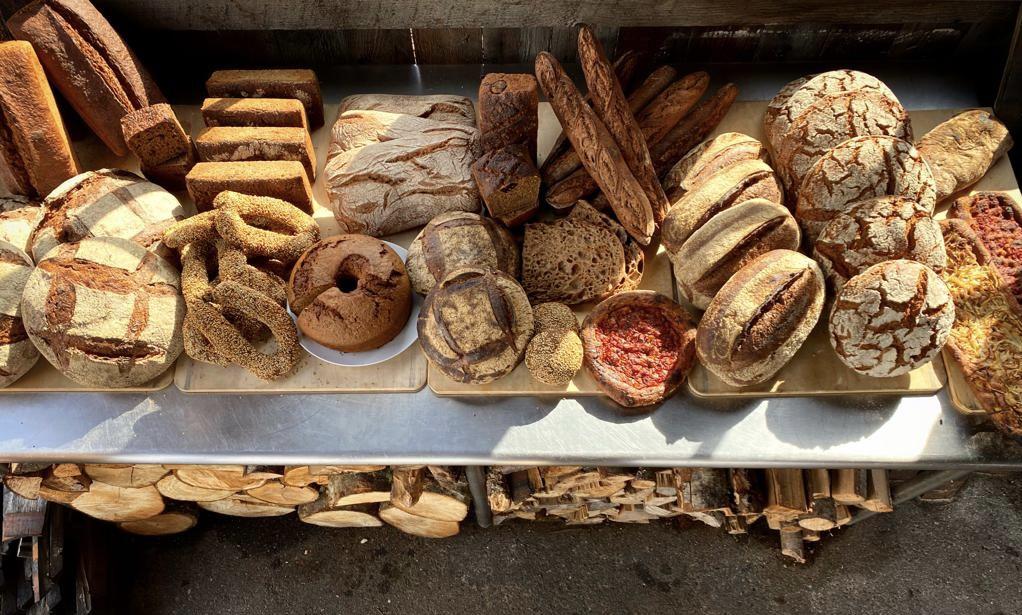 Grains have almost always been a central part of Keith Kisler’s life. Born into four generations of wheat farmers in eastern Washington, his childhood days were embellished with regular tractor rides, meandering through wheat fields and helping with the harvest. The days were often capped with freshly baked bread baked by his grandmother Eileen.

“I always felt like I would grow crops anywhere. And I wanted to do business sustainably,” he says. “The more food we can provide locally is always a good thing to cushion the larger political and environmental movements and conditions around the world.”

Kisler has been co-owner and operator since 2004 Finnriver Farm and Granary in Washington’s Chimacum Valley with his wife, Crystie Kidler. The couple cultivates organic crops on around 40 hectarespelt, soft wheat, permanent wheat, barley, rye, quinoa and buckwheat. But Kisler was able to largely achieve his goal of contributing to a sustainable and strong regional food system because a partnership with Washington State University Bread Laboratorywhich lasted more than a decade.

Established in 2011 by plant breeder and geneticist Stephen Jones, the facility is the only one of its kind in the country. The Breadlab works with farmers, millers, bakers and distillers to develop, test and integrate new grains into their regional food systems.

Farmers like Kisler breed and test hundreds of whole grain varieties that have been bred to improve specific traits such as taste, nutritional value, color, yield and hardiness.

One strain that recently came out of the lab is called Salish Blue, which is a perennial crop, meaning it will regrow on its own for multiple seasons and farmers don’t have to till and replant it every year. This is a big deal as most kernels are annuals. Salish Blue roots also aid in water filtration and help prevent erosion. Another well-known creation is Skagit 1109, a hardy red winter wheat valued for its high yield and ability to survive cold, wet winters and resist disease.

Historically, the lab’s work has focused on what grows in the Skagit Valley and surrounding regions, but the lab is slowly expanding to target producers on the Great Plains. The aim is to make whole grains affordable and accessible to as many people as possible, says Janine Johnson, head of special projects at WSU Breadlab. This is related to a number of factors, she says, but in recent years resilience to climate change has been a priority.

“Farmers have experienced these extreme turns throughout their growing season, and we’re hearing that many crop failures are largely due to these events,” Johnson says. “We’re trying to keep up with that, but in a way we’re in the business of changing people’s minds, branching out and trying something different.”

To develop many of its grains, the Breadlab uses a technique called population breeding. Several thousand varieties are planted in one field, allowing for free crossing and evolutionary changes to thrive organically. Researchers study and select how each responds to different events during the growing season.

To combat climate change with grains, the lab uses an approach that leverages as much genetic diversity as possible, or “throws change upon change,” as Johnson describes it. They do this so crops exposed to extreme events will have a higher success rate and have some genetic traits that can adapt. It’s like having a sports team that has a wide range of strengths and skills, so they’re well-equipped to take on any opponent.

Last fall, this method was observed at Kisler’s farm when he was harvesting the lab’s “climate mix.” This concoction consists of several wheat varieties, mostly of the fifth or sixth generation, combined with breeding strains that have not yet developed into full-fledged seed varieties.

“Everyone is usually as obsessed with seed purity as a particular strain, but this is a grain with a whole range of traits that play off each other,” says Kisler. “One or two of the kinds [in the blend] might do well depending on the season, but next year it might be the other way around, so there’s some stability in the seed stock.

Seeing the mix thrive through a roller coaster ride of heat waves, extreme drought and more frequent rain events, Kisler gave Kisler hope of running his operations more sustainably in the future. He also finds the appearance of the mixture remarkable. Once harvested and cleaned, the wheat berries exhibit a mottled assortment of colors of blues, purples, ambers and browns.

Inside Fernhorn Bakery on nearby Vashon Island, co-owner Thomas Vroom uses the blend’s stunning palette to seduce and educate customers about the diversity of wheat. Those who visit his bakery will likely find a jar containing the wheat berries on display alongside the goods he pulls out of the oven that day. Bread baked with the mixture retains a distinct hue, which he describes as “reddish-purple.”

“It really offers this whole new experience for hop fresh flour by being able to include this aspect of climate change from grains that can respond to the seasons year after year,” says Vroom. “You get a beautiful bread with an earthy texture and taste – something real that people can really grasp.”

He currently only reaches customers in his shop and at farmers’ markets, but Vroom believes any effort to source nutritious, locally grown and milled produce will help bolster the area’s grain economy. Though he’s only been buying flour from Kisler since 2018, he says it’s become increasingly important, not only in the face of the threat of accelerating climate change, but also after witnessing how global supply chains have been botched by the pandemic.

Kisler similarly recognizes the importance of breaking with the tradition of commodity markets. While partnering with the Breadlab was never a difficult decision, the farmer says his journey has been enhanced by being part of the grain innovation. It’s just the latest chapter in its ever-evolving relationship with the harvest.