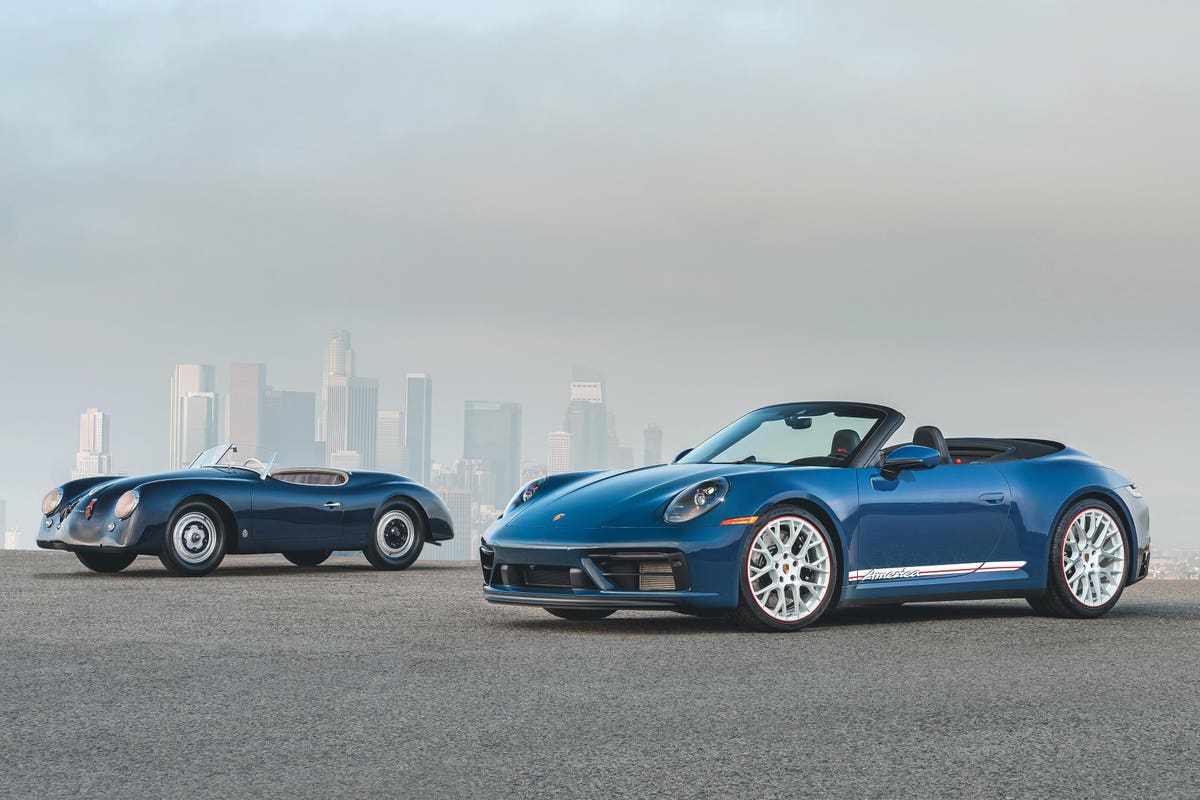 Porsche celebrates its 70th birthdayth Anniversary of the iconic 356 America Roadster with a new 911 Carrera GTS Cabriolet America Edition. The limited edition convertible sports car – just 115 will be built in total – will hit showrooms later this year for the 2023 model year. The America Edition is only sold in North America. With such a low production volume, the vehicle will be one of the rarest Type 992 models Porsche has ever released. (Bet it’s already sold out by the time you’re reading this.)

“The passion for driving a Porsche runs deep in the United States. In particular, it is something special to be driving an open-top 911 with a manual transmission that fits perfectly here,” said Kjell Gruner, President and CEO of Porsche Cars North America. “This is also the perfect time to add another ‘America’ model to our history as we mark 70 years since the 356 America Roadster and 30 years since the 964 America Roadster.”

The America Edition impresses with the color scheme in red, white and blue with the aesthetic changes of the Porsche Exclusive Manufaktur. Azure Blue was chosen as the primary exterior color, the convertible top in black. The windshield surround is Satin Black (this is the first Type 992 with this unique treatment). In that sense, the white wheels with a Guards Red pinstripe are also an unusual offering from the automaker (the last works Porsche with white wheels was the 2011 Porsche 911 GT3 RS 4.0). The exterior is accented with white decals with Guards Red accents reading “America” ​​(the model designation on the rear decklid is two-tone White and Guards Red).

The primary interior color is black – the monochromatic hue was chosen as it best highlights the unique two-tone Guards Red and Pebble Gray topstitching (Porsche notes that gray was chosen because the contrast of pure white was too stark). Standard equipment includes two-tone stitching on the seats, center console (with “America” ​​embossed on the armrest) and unique illuminated treadplates (with commemorative lettering). An optional enhanced interior package adds contrast stitching on the steering wheel, shift boot and a Guards Red pattern on the shifter. To match the color of the vehicle, Porsche even painted the key in azure blue.

Mounted in the rear of the chassis is Porsche’s now-familiar 3.0-liter flat-six, twin-turbocharged boxer engine, tuned to develop 473 hp and 420 lb-ft of torque. Porsche only offers its 7-speed manual transmission and rear-wheel drive on this unique model to emphasize the enthusiast driver market in America. Porsche Active Suspension Management (PASM) Sport is part of the standard equipment, as is the sports exhaust system and the Sport Chrono package. Options include rear axle steering and Porsche Ceramic Composite Brakes (PCCB).

How to use Google Maps to see air quality?